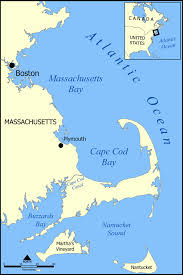 Founded in 2012 by five former executives at Danish energy giant DONG, CIP launched its first fund in November of that year. Since then, the fund, known as Copenhagen Infrastructure I, has allocated DKK6.4bn of PensionDanmark’s assets to various renewable and infrastructure projects.

Other investments include €156m for a straw-fired biomass plant in the UK and, most recently, €384m in a grid connection linking German offshore wind parks to the mainland.

PensionDanmark, a multi-employer pension scheme with DKK120bn in total assets, had expected Copenhagen Infrastructure I to be fully invested by 2015 or 2016.As CIP has met that deadline well in advance, PensionDanmark is committing more money to a second fund run by the infrastructure specialist.

This time though, it is working with CIP to raise a portion of the targeted DKK10bn from other Danish pension funds, and the partners hope to launch Copenhagen Infrastructure II by the end of this year. A spokesman for PensionDanmark said he couldn’t reveal who the other investors are until the fund is launched.

However, it seems that Danish pension scheme PKA, which has DKK195bn in assets, would not be one of them, if media reports are to go by. “We’ve looked at CIP, and there is no doubt that they are good people, but we already have our own renewable investment team and strategy,” PKA’s Investment Director Claus Jorgensen told EnergiWatch.

Asked about the return from CIP’s first fund, the spokesman said PensionDanmark did not yet have the figure, as the fund has only recently been fully invested. The target return for several renewable funds that have been launched around Europe recently is between 6% and 7% per annum.