DWS has appointed a slew of big names to its new ESG Advisory Board, including Georg Kell, founding Director of the UN Global Compact, Peter Damgaard-Jensen, Chairman of the Institutional Investor Group on Climate Change, and Lisa Jackson, Vice President of Environment, Policy and Social Initiatives at Apple. Ioannis Ioannou, Professor of Strategy and Entrepreneurship at London Business School, Roelfien Kuijpers, DWS’s Global ESG Client Officer, and Marie Haga, Associate Vice President of the International Fund for Agricultural Development, have also been chosen to advise the asset manager’s CEO and Executive Board on the acceleration of its ESG strategy. 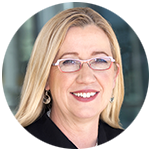 Anne Simpson has been named CalPERS’ Managing Investment Director of Board Governance and Sustainability – a post she has held on an interim basis since June. Simpson will advise on board governance and policy, along with strategies within investments, financial markets advocacy and human capital management focusing on diversity and inclusion. She will report to CEO Marcie Frost. Simpson is the former chair of Climate Action 100+.

Huw van Steenis, Chair of UBS’s Sustainable Finance Steering Committee and a former Senior Advisor to Mark Carney, has joined the Oxford University Investment Committee – fulfilling its recent commitment to appoint a climate expert to the group. He will focus on strengthening and consolidating the oversight of sustainability across the University’s investments. He will continue his Chairperson role, as well as being Senior Adviser to the Chief Executive of UBS.

Former Standard Chartered Chief Operating Officer Doris Honold has joined the Climate Bonds Initiative’s Board of Trustees. Alongside her 12 years at the bank, Honold has held senior positions across the financial sector and will continue to serve as a non-executive director of Credit Suisse International, as well as being advisor to a number of pre-IPO fin-tech companies.

The Trustees of the IFRS Foundation, responsible for the governance and oversight of the International Accounting Standards Board (IASB), have appointed Dr Andreas Barckow to serve as Chair of IASB, effective July 2021. Barckow will succeed Hans Hoogervorst, who completes his second five-year term in June 2021. Barckow has participated in various advisory bodies to the IFRS Foundation and the IASB, including membership of the IASB's Accounting Standards Advisory Forum and the IFRS Advisory Council. Alongside his new position, he will continue to serve as President of the Accounting Standards Committee of Germany.

Triodos Investment Management has promoted Isabelle Laurencin to Fund Manager of its Triodos Organic Growth Fund, which invests in the transition towards ecologically and socially resilient food and agriculture systems. Laurencin has been part of the fund’s team as Principal Investment Manager since the beginning of 2019 and is a board member at five of the fund’s portfolio companies. Triodos is now looking for a replacement for her previous position within the team.

The UK Government has appointed Conservative MP Anne-Marie Trevelyan as an International Champion on Adaptation and Resilience for the COP26 climate summit, in a move that has sparked criticism from the opposition. The Labour Party pointed to the former cabinet minister’s support for fracking of shale gas and her alleged claim that people are “fed up to the back teeth” with onshore wind farms.

Federal Reserve Governor and protagonist for dealing with climate change in monetary policy, Lael Brainard, is a top contender to be Treasury Secretary in Joe Biden’s incoming administration, according to the FT. Other frontrunners suggested by the paper are: Janet Yellen, the former Fed Chair, Sarah Bloom Raskin, the former Deputy Treasury Secretary, and Roger Ferguson, CEO of asset manager TIAA.

Carlota Garcia-Manas, a Senior Responsible Investment Analyst at Royal London Asset Management, has become a non-executive director at low-carbon commodities firm SCB Group. The company is the largest broker of biofuels in the world, and also operates within carbon credits and battery materials.

Leonie Kelly-Farley has become Head of ESG & Impact Advisory at legal services firm Ogier, after quitting as a Partner at the Sustainable Finance Initiative.

Real estate specialist Orchard Street Investment Management has hired Lora Brill as its first Head of Responsibility and ESG. Brill joins from JLL Upstream Sustainability Services where she was a Strategic Sustainability Consultant.

Antonio Celeste has joined Lyxor Asset Manager as an ESG Product Specialist for ETF & Index Solutions, joining from OSSIAM where he has been Head of Business Development ESG since May 2018. Celeste has previously worked for Sustainalytics and Vigeo Eiris.