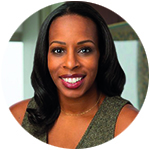 Margaret Anadu is to become Global Head of Sustainability and Impact at Goldman Sachs Asset Management. Anadu will also become Chairwoman of Goldman Sachs’ community investment scheme, the Urban Investment Group, of which she has been Managing Director since 2015. She joined Goldman in 2003.

Wells Fargo has confirmed that Geneviève Piché has become its Managing Director of ESG solutions. According to her LinkedIn, Piché, who has been with Wells Fargo for 20 years, has been in position since October. Previously, she was Head of Asset Management for Wells Fargo’s Corporate and Investment Bank.

Anna Strömberg has been appointed Portfolio Manager and Head of Sustainability at Carnegie Fonder. Strömberg leaves a similar role at Catella, and has previously held a number of roles at Nordea.

Anne-Sophie Castelnau has been promoted to ING’s Global Head of Sustainability, from Head of Wholesale Banking for ING in France. She succeeds Amin Mansour, who held the role on an interim basis and returns to his main role as Global Head of Strategic Products.

Kristen Eshak Weldon has joined Partners Capital as its Global Head of ESG and Impact Investing. She was previously Head of Innovation and Downstream Strategy at agricultural commodities trader Louis Dreyfus Company. She also spent more than a decade at Blackstone as a Senior Managing Director. She retains her position on the board of the Cambridge University Endowment Fund.

Capital Group has named Rob Hardy as its Corporate Governance Director after he left his role as Head of Investment Stewardship EMEA at JP Morgan Asset Management, where he had worked since 1996. He has been replaced at JP Morgan by Yo Takatsuki, who was previously at Axa Investment Management.

BNP Paribas Real Estate has lost its head of sustainability to real estate advisor Knight Frank. Nick Hillard has been made a Partner in Energy, Sustainability and Natural Resources at the latter, and is replaced by Jonathan Hale, a former Senior Sustainability Consultant at Savills.

Iain Conn, the former CEO of UK energy firm Centrica, has been appointed Senior Advisor for Energy and Sustainability Investing at Blackstone. Conn, who left Centrica in 2020, spent 29 years at BP.

ISS ESG has hired Steffen Bixby as a Senior Climate Analytics Consultant. He leaves his role as Director of Quantitative Research at JUST Capital.

Ethical investor LeapFrog Investments has appointed Dr Biju Mohandas as its Global Co-Lead for Healthcare. Mohandas has over two decades of investment experience across 20 countries in Africa and Asia. He joins from the International Finance Corporation where he led its healthcare and education investment team in Sub-Saharan Africa.

Law firm Herbert Smith Freehills has created an ESG Global Leadership team led by energy specialist Silke Goldberg. Rebecca Perlman will continue to head the firm’s ESG and Sustainability coverage for US and EMEA as part of the new team, while governance expert Timothy Stutt will focus on Australia and human rights specialist Anthony Crockett will lead on Asia.

Investor network FAIRR is looking to hire a Manager for Research & Engagements in Aquaculture. The London-based role will be responsible for investor and corporate engagements in the aquaculture sector and developing a programme of work on biodiversity and animal agriculture. Applicants should have three years of relevant experience.