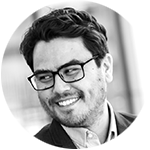 Lars Erik Mangset has left his role as chief climate change advisor at Norwegian pension fund KLP to become head of sustainable finance at investment advisory firm Grieg Investor. Mangset joined KLP in 2018 as a senior analyst, responsible investment, and has previously worked at DNV and the WWF.

Anders Schelde, chief investment officer at Danish pension fund AkademikerPension, has been appointed to the ESG Committee at Kirk Kapital.

Leslee White-Eye, former chief of the Chippewas of the Thames First Nation, and Colette Murphy, CEO of the Atkinson Foundation, have been appointed co-chairs of the board of directors at the Shareholder Association for Research and Education. Odrey Robillard, strategist, sustainability and responsible investment at the Fonds de Solidarité FTQ, was also elected as a director.

Aarti Ramachandran has left her role as director of research and engagements at the FAIRR Initiative, where she has worked since 2017.

Donna Rourke has been appointed to the newly created role of director of ESG at BNP Paribas Real Estate. Rourke joined from the University College of Estate Management, where she led its marketing, communications and brand team.

Kathleen Wu has joined KKR as a director in its global impact team. Wu leaves her role as a principal in HRS Management’s private equity team, and has previously held roles at Apollo and Blackstone.

The Institutional Investor Group on Climate Change is hiring for a policy programme director based in London.

Claire Berson has been promoted from director of client services to executive director at the Climate Bonds Initiative. Berson had previously been director of operations at the NGO, before leaving in 2018 to work as head of operations for a villa rental company and rejoining in 2020.

Chaoni Huang has been promoted to managing director, head of sustainable capital markets at BNP Paribas. Huang, who is secretary general of the Hong Kong Green Finance Association, joined BNP Paribas in 2019 from Natixis, where she worked on ‘green and sustainable solutions’ in its corporate and investment banking wing.

Singapore’s DBS Bank has established a board sustainability committee. The committee will be chaired by DBS CEO Piyush Gupta, who will be joined by current board members Chng Kai Fong, Judy Lee and Tham Sai Choy.

Orly Glick, partner at Vintage Investment Partners, has left his role to start a new ESG data platform with a senior software engineer at Facebook. The platform – named ESGgo – has raised $7 million in seed funding, led by Glilot Capital.

Yumi Narita, executive director of corporate governance for the New York City Retirement System, has been elected to the board of the Council of Institutional Investors, replacing Mansco Perry, chief investment officer at the Minnesota State Board of Investment, who is retiring.