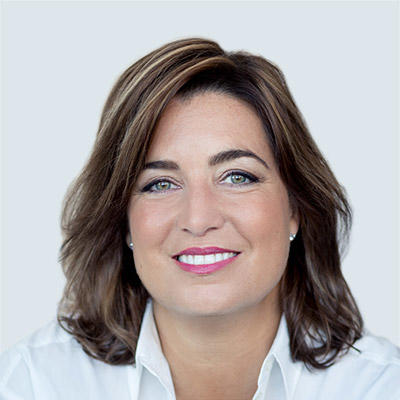 Kim Thomassin, one of four members of Canada's Expert Panel on Sustainable Finance, will take a new role within Caisse de dépôt et placement du Québec (CDPQ), the pension fund she has worked for since 2017. Formerly Executive Vice-President of Legal Affairs and Secretariat, Thomassin is now Executive Vice-President and Head of Québec Investments and Stewardship Investing.

UKSIF, the UK sustainable investment body, has seen interest from more than 200 potential candidates for the role of CEO in two days according to LinkedIn. The successful candidate will spearhead the development of the organisation’s next strategic plan including manpower requirements; currently the CEO is supported by a team of five staff and volunteer committees of UKSIF members. Current CEO Simon Howard announced his retirement in February, and will stay in the role until a successor is identified – expected in Autumn.

Michael Salvatico has been named Head of Asia Pacific ESG Business Development for S&P-owned environmental data provider Trucost. Salvatico is Co-Founder of carbon pricing initiative Climakind, and was most recently Executive Director of ESG Research at MSCI.  He is a member of the Australian Sustainable Financial Initiative and sits on the Policy and Advocacy Working Group for the Investor Group on Climate Change.

Anthony Hobley, the former CEO of influential think tank Carbon Tracker, is now the Executive Director for a World Economic Forum-convened coalition looking to transition heavy industry and transportation sectors to a low carbon economy. The Mission Possible Platform, established at the end of 2019, will focus on advancing existing technology, policy measures and financing solutions. Hobley is currently Co-Chair of Carbon Tracker’s Advisory Board, together with Founder and Executive Director Mark Campanale.

John Tennaro, a Senior Vice President at the Private Wealth Management arm of Canadian Imperial Bank of Commerce (CIBC), has been named the firm’s Head of ESG and Impact Investing Solutions. Tennaro has been with CIBC  for more than six years as a Senior Investment Analyst. He took on the newly-created position in March and will also head the firm’s ESG Advisory Group.

UK-based Pensions & Investment Research Consultants (PIRC), has hired Alice Martin as a Labour Specialist, focusing workplace issues in ESG research and engagement. Martin will leave her position as an Associate Fellow at think-tank the New Economics Foundation, where she has worked since 2013. She will retain her role as an Advisor at Autonomy Think Tank.

Mads Gosvig has been hired as the Chief Fiduciary Officer at £30bn UK railway-workers’ pension fund RPMI Railpen. He joins from ATP Group, Denmark’s largest pension scheme, where he was Head of Investment Strategy.

Gillian Haselden has been appointed a Director at Federated Hermes, a US-based ESG investment house. She will be working as their Chief Legal and Compliance Officer. The announcement follows the retirement of William McClory, who was the firm’s Trustee Director since 2010, at the end of March. McClory is also leaving his role as Trade Union Official at the BT Pension Scheme; however, he will continue in the same position at Postel Properties Limited.

The People’s Pension has appointed Baroness Jeannie Drake and Mark Condron as trustees. Drake has previously sat on five pension boards and was formerly President of the Trade Unions Congress. Condron has worked at Mercer for the past three decades, most recently as its Global Integration Leader. He will continue as a trustee on the Scottish & Newcastle Pension Plan, part of Heineken. The Board also announced that Sue Lewis is stepping down after four years. The People’s Pension is the second largest (multi-employer pension scheme in the UK.

Willis Towers Watson has bagged a leading climate finance expert from the Bank of England. Matt Scott will become the Senior Director of Willis Towers Watson’s Climate and Resilience Hub, advising on policy, financial regulation and green finance.Scott had been the Head of the Climate Hub at the Bank of England and led the delivery of the UK’s Green Finance Strategy in 2019.

The Institute of Faculty Actuaries is looking to recruit two volunteers to assist the Digital Content Lead for its Resource and Environment Board. The Board is one of seven within the UK-based actuary regulator, and focuses on sustainability issues. Applications are open until June 3rd.