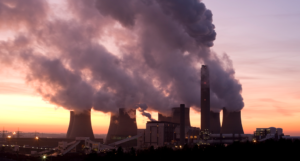 One of Europe’s largest pension funds, PFZW, has announced it will ditch fossil fuel companies if they refuse to commit to the Paris Agreement, and will step up engagement with climate laggards.

PFZW – the €278bn pension fund for Dutch healthcare workers – said it would immediately divest from fossil fuel companies which did not have a greenhouse gas reduction target, with firms given until the end of 2022 to make a clear commitment to align with the Paris Agreement. Those firms that fail to commit will be divested over the course of 2023.

Having committed to Paris, all fossil companies in PFZW’s portfolio will be required to produce a “convincing and verifiable” climate transition strategy by the end of 2023, including short- and medium-term targets. Companies failing to do so will be divested in 2024.

Between each of the deadlines, the fund said it would intensify its engagement efforts, including stepping up voting activity. It will insist on stopping all investments in new fossil fuel supply, with specific attention paid to halting Arctic extraction. Where necessary, PFZW will vote against directors it feels are making an insufficient contribution to the company transition.

The fund also said it would join forces “with like-minded parties” to strengthen its influence. While the fund is not a member of Climate Action 100+, its manager PGGM joined in 2018 and is engaging with a number of utilities and energy companies as part of the initiative.

In addition to the divestment announcement, PFZW plans to tighten its coal and tar sands exclusion policy. The revenue thresholds for the two sectors have been reduced to 5% from 30% and 1% from 10%, respectively.

Joanne Kellermann, Chair of PFZW, said that it “feels a great responsibility to use the pension contributions of our three million members in such a way that their money yields a good return and makes a concrete contribution to a liveable world”. If companies make the transition, the fund “as a committed and critical shareholder, will continue to encourage these companies to fulfil their role in society: actively contributing to a climate-neutral world by 2050”, she continued.

The announcement follows a number of fossil divestments from other Dutch pension funds in recent months. At the end of October Europe’s largest public sector pension fund, ABP, said it would divest all fossil fuel producers, citing “insufficient opportunity for us as a shareholder to push for the necessary, significant acceleration of the energy transition at these companies”. A month beforehand, metalworker pension fund PME divested from all oil and gas extraction and distribution, deciding instead to focus its engagement programme on fossil fuel consumers.

Civil society groups including Amnesty International, Greenpeace and Fossielvrij NL have been protesting outside PFZW’s offices this week. In November, 14 people were arrested after a group of climate activists occupied the lobby of PFZW’s manager PGGM demanding that the fund divest from fossil fuels.