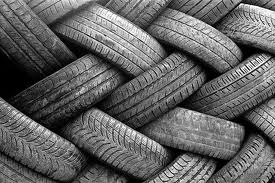 Pensionskassernes Administration (PKA), which runs DKK195bn (€26.2bn) in assets from five Danish health care and social services pension funds, says it is working to protect its DKK1bn (€134m) investment in tyre recycling company Genan that is reportedly on the brink of collapse.

PKA has a 48% stake in Genan, which it describes as consistent with its renewable investment strategy, and a seat on its board, filled by Chief Investment Officer Michael Nellemann Pedersen.

Jyllands-Posten, the biggest daily newspaper in the Jutland region where Genan is based, is reporting that Genan’s shareholders and banks are working to save the company. It said the firm, which recently announced an ambitious international expansion, was set to report huge losses for 2013. Further details about Genan’s situation were not available.

In the wake of the report, Bent Nielsen, Genan’s founder, chairman and 52% owner, has been asked to resign – though he remains on the board. His replacement as chairman, Jens Kampmann, could not be reached for further comment. Kampmann is a Social Democratic politician and entrepreneur who was Minister for the Environment in the 1970s. Kampmann later founded Invest Miljø, an investment company that targeted environmentally-friendly companies like Genan. In 2007, Invest Miljø was bought out by PKA, and with it, its holding in Genan.Kampmann has continued as a board director since then. PKA acknowledged that Genan – which touts the environmental benefits of recycling – was in trouble, but said it was doing its utmost to protect its investment.

“We are trying to find a solution for the company to carry on, as we find the general business idea of Genan (tyre recycling) very attractive. We believe we will succeed, but details still have to be worked out,” a spokesman told Responsible Investor.

He also stressed that it was PKA that sounded the alarm at Genan, including pushing for new management and appointing a new auditor.

Meanwhile, PKA’s Chief Executive Peter Damgaard Jensen said in a statement that even if Genan were to fail, it would not impact on the scheme’s solvency or benefits.

“We navigated through a tough financial crisis, which was much more of a serious threat to our solvency. But that crisis didn’t affect our pensions and neither will this situation,” Jensen said. PKA looks after the pension assets of 260,000 employees, more than 90% of whom are female.

Genan’s accounts for 2013 have been delayed pending the appointment of a new auditor. Genan has not published any of its business reports on its website, though a filing by its German subsidiary showed a loss of €752,237 in 2012.