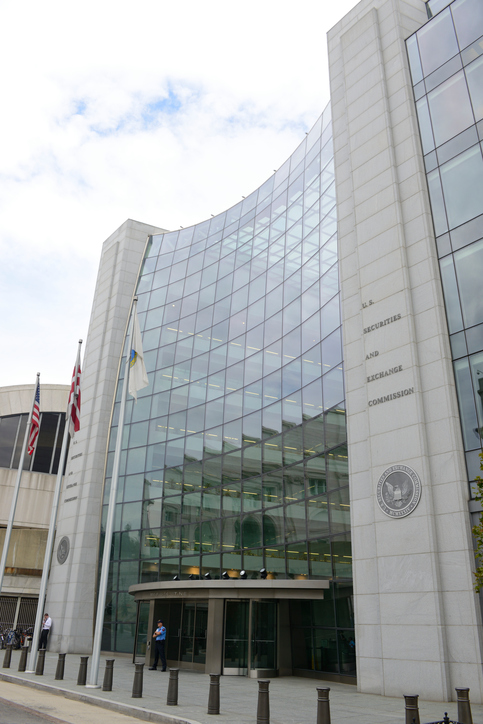 The Principles for Responsible Investment (PRI) has called on the US Securities and Exchange Commission (SEC) to “codify” social policy guidance introduced by the regulator last year into the rules governing the shareholder proposal process.

In November, the US financial watchdog released new guidance indicating that it would give more weight to the significance of a social policy issue raised in a shareholder resolution when determining whether it should be excluded. The SEC acknowledged at the time that it had placed “undue emphasis” on the importance of a policy issue “to a particular company at the expense of whether the proposal focuses on a significant social policy”.

The PRI, which represents investors managing more than $121 trillion, made the recommendation in its response to the SEC’s consultation on planned changes to three proposal rules around substantial implementation, substantial duplication, and the rule around resubmitting resolutions. That consultation began in July and closed this month.

Under the SEC’s “no action” process, a company can seek assurance from the regulator that it will not act if they exclude a shareholder resolution from going to the vote at its annual general meeting. Firms do this by appealing to rules governing the process, such as the three consulted upon.

The PRI supported the SEC’s proposed changes, which are widely seen as strengthening investors’ ability to file proposals, stating that they would “improve the efficiency with which diverse shareholder objectives can be debated and reconciled by the markets”.

Additionally, the UN-supported body requested that the SEC “clarify in future rulemaking that the judgement to whether something constitutes a significant social policy is not determinative based on whether or not the issue is a significant policy issue to a particular company”.

Gregory Hershman, head of US policy at PRI, told Responsible Investor that the November guidance was a “quieter piece of what the SEC has been doing, but really important because it expands the window of what shareholders can propose to management and engage on”.

Codifying it into a rule would make it “slightly more permanent”, he said, as it would need a formal process through the Administrative Procedures Act to bring about and, crucially, to remove.

The threat to the guidance posed by a shift in the political landscape was hinted at by the PRI in its submission. “If the lens of what constitutes a significant social policy issue as defined in SLB No 14I were to be readopted by a future administration, it would likely endanger investors’ ability to utilise the proxy process to engage companies on this issue with significant impact to total portfolio value,” it stated.

Under the Trump administration, for example, shareholders found it almost impossible to get climate target proposals through the SEC’s “no action” process, with the SEC often siding with companies’ interpretation of the rules.

During Trump’s presidency new rules were also introduced – in 2020 – raising the level of support required to re-file shareholder proposals. This was increased to 5 percent, 15 percent and 25 percent, for matters voted on once, twice or three times in the past five years, respectively, from previous thresholds of 3 percent, 6 percent and 10 percent.

The PRI also called on the SEC to reverse these new resubmission thresholds, which came into effect in January.

In contrast to the PRI’s support, Nasdaq warned that the SEC’s proposals could represent “a step backwards” for the regulator’s no-action process and were “part of a broader trend” to reduce the ability of companies to exclude shareholder proposals.

According to the exchange, rules introduced during the Trump administration did not reduce the volume of proposals but “in fact had the opposite effect”.

“It is notable that 868 shareholder proposals were submitted in 2022 – the highest number since 2016 – which indicates that the current rules have helped to facilitate, rather than stifle, shareholder engagement,” wrote John Zecca, Nasdaq’s chief policy officer.

The rules as they stand sufficiently protect shareholder ability to file proposals while “reducing the drain on company resources from including proposals that are not likely to win majority support”, he added.

But others suggest that 2022’s proxy bonanza was driven by shareholder discontent rather than a supportive regulatory environment.

Morningstar’s stewardship director, Lindsey Stewart, said: “I think the high volume we’ve seen [in] proposals this year is actually because many boards in the US haven’t necessarily engaged with concerns that have been brought to them repeatedly by independent shareholders.

“That’s really the issue that needs to be addressed rather than any of the agency’s amendments.”

Nasdaq also pushed back against SEC amendments to the rule on resubmission thresholds, which would mean resolutions can only be excluded if they “seek the same objectives by the same means” as those which have been previously rejected. Currently companies can request no-action as long as the proposals share the same “substantive concerns”.

This would be “a step backward” to pre-1983 rules where proposals were only excludable if they were “virtually identical (in form as well as substance)”, said Zacca.

More broadly, the exchange has pushed for a wait-and-see approach, saying that abrupt reversals in the proxy process “have introduced volatility and uncertainty into the regulation of US capital markets”.

“Nasdaq discourages the commission from adopting the proposed amendments, and instead recommends that the commission continue to evaluate the impact of the 2020 amendments, which have been effective for less than a year, before proposing further rulemaking.”

When asked whether the 2020 rules have been given sufficient time, PRI’s Hershman told RI: “From our view, we were opposed to the changes from the get-go. We didn’t see a need for them, and we don’t feel that we necessarily need to do an experiment to make us see that they aren’t great.”

“Regulatory ping pong” is a concern, Hershman said. “At the same time,” he added, “if something isn’t broken and then we go and make a change, we need to go back and fix it.”