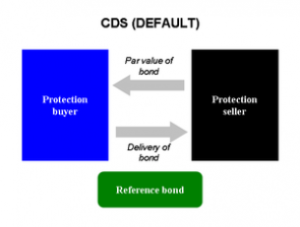 The $41.8bn (€32.3bn) Los Angeles County Employees Retirement Association (LACERA) and Unipension, a €13.4bn umbrella organisation for three Danish pension schemes, are among the plaintiffs in a lawsuit that accuses 12 major banks of violating US anti-trust laws by blocking competition in the credit default swaps (CDS) market. CDS are contracts that provide investors with protection against possible default by issuers of corporate and sovereign debt. Providers of CDS – as well as market makers for the instrument – are either big banks or insurers, and the inability of the American Insurance Group (AIG) to honour CDS protection was a major factor behind the financial crisis of 2008. In their lawsuit, which has been green lighted by a US federal judge, LACERA, Unipension and seven other plaintiffs claim that the banks colluded in late 2008 to sabotage the Credit Market Derivatives Exchange (CMDX), a new CDS trading platform developed by the Chicago Mercantile Exchange (CME). The banks being sued are: Bank of America, Barclays, BNP Paribas, Citigroup, Credit Suisse, Deutsche Bank, HSBC, JP Morgan, Goldman Sachs, Morgan Stanley, Royal Bank of Scotland and UBS. The banks, the plaintiffs say, undermined CMDX by agreeing amongst themselves not to use the platform and by instructing the International Swaps and Derivatives Association (ISDA) as well as Markit, a firm that provides CDS pricing, to deny the new exchange assistance for its launch. CMDX did ultimately get off the ground, but without the crucial electronic tradingcomponent that would have boosted transparency in the CDS market. The ISDA and Markit have also been named as defendants in the lawsuit. The plaintiffs state that if the banks had not undermined the original CMDX, it would have allowed them to “avoid trading directly with the defendants and paying their inflated bid/ask spreads,” for CDS products. With the new exchange, those spreads could have been compressed by between 15% and 20%, says Daniel Brockett, Partner at Quinn, Emanuel Urquhart & Sullivan, the New York law firm which is representing the plaintiffs. As a result, the plaintiffs charge that the banks’ behaviour in the CMDX case constituted a violation of US anti-trust laws. According to Brockett, the damages to his clients are at least “in the tens of billions of dollars.” Contacted by Responsible Investor, Unipension declined to comment.
In approving the lawsuit – and denying a motion by the defendants to dismiss – US District Judge Denise Cote said: “The complaint provides a chronology of behaviour that would probably not result from chance, coincidence, independent responses to common stimuli or mere interdependence.” As evidence of the banks’ collusion against the CMDX, Cote cited a New York Times article from early December 2010 (see article).
Brockett said that now that the lawsuit had been given the go-ahead, he planned on building a full case against the banks within a year and a half.
The banks deny all wrongdoing in the court documents.
Judge Cote’s approval of the lawsuit
NYT article from 2010