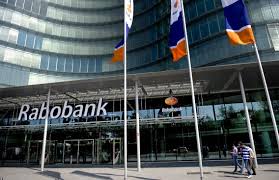 Rabobank, the Dutch bank, has had its financing of Singapore-listed Indonesian palm oil supplier Bumitama Agri Ltd. referred to a grievance mechanism under the OECD’s Guidelines for Multinational Enterprises framework by Friends of the Earth.
The campaign group argues the bank’s loans to Bumitama means it is indirectly involved in financing illegal deforestation in Kalimantan, Indonesia – though Rabobank maintains it is engaging with the company on the issue.
Friends of the Earth (FoE) has been in dialogue with Rabobank since last year but has now decided to take its concerns to the Dutch ‘National Contact Point’ for the OECD Guidelines, a ‘soft law’ set of voluntary principles and standards for responsible business conduct. The NCP can contribute to the resolution of issues that arise from the alleged non-observance of the guidelines.

Dutch and Norwegian institutional investment giants APG and Norges Bank Investment Management have also faced scrutiny under this process, albeit for their role as minority shareholders in South Korea’s Posco, in an NGO-filed complaint relating to a steel plant in India.

The latest referral follows a report FoE published in November 2013 which led to contact between the bank and NGO. “Friends of the Earth is concerned about the activities and conduct of Rabobank in relation to loans it provided to Bumitama Agri Group (BGA) and the adverse environmental impacts at the Bumitama managed palm oil plantation in Kalimantan,” the 12-page complaint states.It continues: “In 2012 and 2013, after Rabobank should have known the severe environmental, social and legal problems with Bumitama’s operations, the bank provided two significant loans to the company.”
FoE is concerned about what it says is Rabobank’s failure to undertake risk-based due diligence to “identify, prevent and mitigate” adverse impacts caused by its business relationship with the company – and what is seen as a reluctance to use its leverage to influence BGA to prevent and mitigate impacts.

FoE is calling for Rabobank to implement its own Environmental, Social and Governance (ESG) policy “in a transparent and effective way” in this and future cases.

For its part, Rabobank says it has assured FoE that it has brought the issue up at the highest level at Bumitama “both individually and in partnership with other banks, producers, customers” and the Roundtable on Sustainable Palm Oil (RSPO), the industry body of which Bumitama is a member.

It adds that FoE is aware that Rabobank is the only Dutch bank that actively contributes to making the palm oil chain more sustainable, via its membership of the RSPO Board of Governors.

Rabobank set out its position on May 2 this year, before the NCP referral, in which it said some of FoE’s complaints were justified while others weren’t. “We will wait next steps in this OECD compliance procedure,” a spokesperson told Responsible Investor yesterday (July 2).