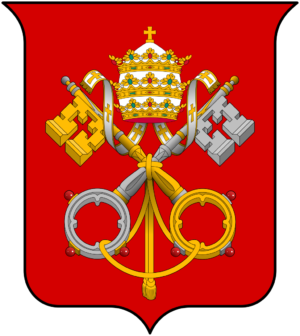 At this year’s Vatican Impact Investing Conference, Amit Bouri, CEO of the Global Impact Investing Network (GIIN), said he made sure to stress the “clear connection” between climate change and the impact it will have on the lives of the world’s poorest people.

“I think that was a very powerful theme for this year’s event,” says Bouri. “And a critical thing for impact investing more broadly is the concept of interdependence and that issues like climate change will have an impact on so many issues like healthcare, affordable housing, migration, access to education and renewable energy.”

The event, held in Rome, is in its third iteration and seeks to realise Pope Francis’ vision of ‘putting the economy at the services of peoples’. The refugee crisis, youth unemployment, healthcare and tackling climate change were this year’s main themes.

Bouri, who helped design the event, said it was important for him to highlight the overarching impact of climate change on many of the issues the conference was seeking to address.

“There really is a critical role to play for impact investors to address climate justice because oftentimes the people who will suffer the most from the effects of climate change, whether it is severe weather events, drought or rising sea levels, will be lower income people and it has a huge effect on other issues like healthcare and migration.”

Bouri describes this as ‘interdependence’ and says it is important that investors recognise that investments that may happen in Europe have a profound impact on people living in Africa, Asia and beyond. “I think climate change is one of those issues that really underscores that and I was really flattered to highlight this issue at the Vatican Impact Investing Conference.”

More broadly at GIIN, a membership network for impact investors, interdependence is a key topic. “What we are really trying to do at the GIIN in impact investing is not just do more deals, which is important. But what we are ultimately trying to do is really use impact investing to galvanise systems change in the financial markets, so the overall financial markets reinforce sustainability across social and environmental dimensions. This is very much embodied in the way the SDGs (UN Sustainable Development Goals) are written because they are comprehensive and don’t talk about specific issues in isolation,” says Bouri.

There has been some disquiet among some investors, who feel some of their peers are picking off SDGs like ‘M&Ms’ rather than realising it is a holistic set. Bouri feels an investor’s best capability may be targeting an issue under an individual SDG, but he continues: “I think what is important is the recognition that this is part of a much bigger picture and that each SDG is part of creating an overall more sustainable world. It is very much reinforcing a systems view while creating the space for individual investors and other stakeholders to play a role where they are best suited.”

Bouri says the 2018 Vatican Impact Investing Conference represented a spectrum of different investors such as government aid, concessionary investors to fiduciary investors. “I think that diversity is essential for the impact investing market so we can do those thing that are more emergent (and will likely depend on some philanthropy) and things that can immediately go to vast scale (and attract more commercial capital).”This diversity underscored that many of the issues discussed at the event, such as the refugee crisis, do not often translate into viable investment themes as yet.

Seasoned CIOs, wealthy individuals, endowment managers and financial advisors joined together with members of Catholic institutions and cardinals, priests and nuns. “I can’t say that about most of the events I go to,” says Bouri. “I think that was fantastic.”

The Vatican bank that runs much of the assets of the Catholic Church has in the past been described as the most secret bank in the world and been hit by scandal. But in recent years it has become more transparent about its activities under Pope Francis in a bid to clean up its act.

Since 2013 it has published annual accounts and while details on investment holdings are not disclosed, the latest accounts has a statement under the banner ‘ethical investments’ stating: “The glorification of human life, creation and human dignity are some of the inalienable values that guided the Institute (the bank is formally called the Institute for Works of Religion, or IOR) in the selection of investments made in 2017.”

It refers to Pope Francis’ famous encyclical Laudato si’ (which focused on climate change and poverty) and says it selected its investment also on the basis of two fundamental themes recalled by the Holy Father: corporate social responsibility; and the role of companies in creating a sustainable future.

The IOR’s ethical investment policy is to rule out investments in companies that violate or do not fully respect human rights, labour standards, the fight against corruption and the right against environmental crime. The text also suggests the Institute will divest companies not meeting its values, saying it “expresses willingness” to give up investments already under way if compliance with its principles cease to exist.

The statement also says the Institute also continues to invest in projects to promote the development of poorer countries, but does not disclose the nature of these investments.

The accounts state that in 2017 the Vatican Bank had around €5.3bn in total client assets.

Bouri says alongside the Vatican bank, much of Catholics institutions’ financial assets are decentralised and bishops have a lot of discretion on their management.

“There is huge untapped potential in the greater ecosystem of the Catholic Church and people ranging from beginners to sophisticated leaders. This is a long-term process to bring everyone along the journey to go from conventional investing to deploying assets that are really motivate to achieve some of the Catholic values that service the poor and address climate change.”