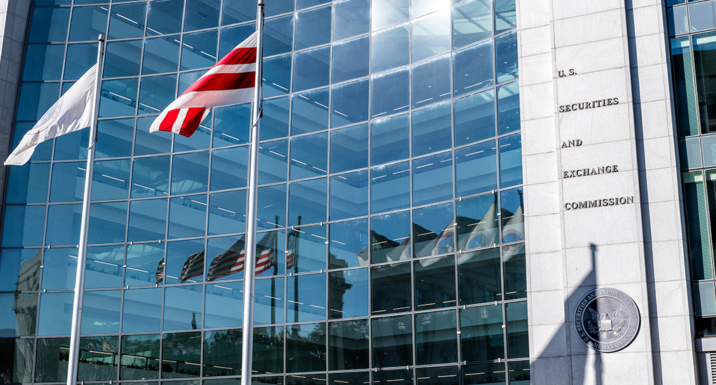 Commissioners at the US Securities and Exchange Commission (SEC) have today approved its long-awaited climate disclosure rule, which will require larger listed companies to disclosure their “material” value chain emissions, known at Scope 3 emissions. The landmark rule will also require companies to disclose Scope 3 emissions, which make up the vast majority of most firms’ emissions, if they have included them in climate targets.

The rule also includes a “safe harbor for liability for Scope 3 emissions disclosure.” During the consultation on the rule some big US companies – including Alphabet and Microsoft – expressed concerns that reporting ESG information in financial filings might leave them open to lawsuits if that information is found to be incorrect.

Speaking on a webinar in July, SEC chair Gary Gensler highlighted the fact that as it stood “companies could announce plans to be ‘Net Zero’ but not provide any information that stands behind that claim. For example, do they mean Net Zero with respect to Scope 1, Scope 2, or Scope 3 emissions?”, he said.

All listed US companies will be required under the new proposed rule to disclose their Scope 1 & 2 emissions – those that arise from their activities and energy use – over the next three fiscal years, rolling out from the largest to the smallest firms.

That assurance should be undertaken by an “independent GHG emissions attestation provider,” the rule stipulates.

The new disclosure regime also requires companies to disclose in SEC filings a raft of information on risks posed to their businesses from climate change and their governance of them, including the use of scenarios analysis and whether they use an internal carbon price and its underlying assumptions.

Carbon offsets are also covered in the disclosure requirements when it comes to targets.  Speaking on the webcast today, SEC commissioner Caroline Crenshaw said, “if companies claim they are reducing overall carbon emissions by other means, they need to tell investors how they are doing that. Commenters have indicated problems with offset verification, accuracy and quality, and they need better insight into how companies count offsets toward their climate goals.”

The SEC was expected to unveil its landmark climate rule before the end of last year, after failing to meet an initial October deadline, but the process has been reportedly bogged down by disagreements over how far the disclosure requirements can go without risking losing an almost inevitable legal challenge from business lobby groups or Republicans.

In June, a month the SEC’s consultation on the rule ended, sixteen Republican attorney generals warned the regulator in a joint comment that it is “hard to see how it can legally, constitutionally and reasonably assume a leading role when it comes to climate change.”

It is likely that the challenges will centre on the issue of whether climate specifically – and ESG factors more generally – are material and therefore fall under the domain of the SEC.

Last May, the SEC Democrat commissioner Allison Herren Lee, who during her spell as acting-chair at the regulator initiated several key ESG workstreams, argued that the SEC is not bound by the concept of materiality when creating corporate disclosure rules, including those around ESG and climate change.

“The idea that the SEC must establish the materiality of each specific piece of information required to be disclosed in our rules is legally incorrect, historically unsupported, and inconsistent with the needs of modern investors, especially when it comes to climate and ESG,” she said.

But writing in the WSJ today, former SEC Chair Jay Clayton, who served during the Trump Administration, stated that “[s]etting climate policy is the job of lawmakers, not the SEC, whose role is to facilitate the investment decision-making process…Taking a new, activist approach to climate policy—an area far outside the SEC’s authority, jurisdiction and expertise—will deservedly draw legal challenges. What’s worse, it puts our time-tested approach to capital allocation, as well as the agency’s independence and credibility, at risk.”

SEC chair Gary Gensler said: “I am pleased to support today’s proposal because, if adopted, it would provide investors with consistent, comparable, and decision-useful information for making their investment decisions, and it would provide consistent and clear reporting obligations for issuers.”