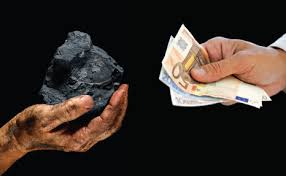 Institutional investors representing £1.8trn at Rio Tinto have announced they will support a shareholder resolution calling on Rio Tinto to disclose its ties with trade bodies and coal lobbyist organisations, whose efforts are seen as detrimental towards achieving the Paris Agreement decarbonisation goals.
The following investors have said they will back the resolution: Legal and General Investment Management (£983bn); AEGON Asset Management (€317bn); CalPERS ($326bn); CalSTRS ($223bn); VicSuper (A$19bn); Cbus (A$43bn); and HESTA (A$43 billion).
The Anglo-Australian dual-listed mining firm will hold its AGM next week in Sydney, Australia, where the resolution – co-filed by Swedish pension fund AP7, the Church of England Pensions Board and Australian superannuation fund Local Government Super – will be voted on.
It calls on Rio Tinto to review and fully disclose its relationships, and their associated costs, with industry bodies such as the Minerals Council of Australia, whose climate change stance diverts from the one publicly affirmed by the mining firm.
Adam Matthews, Head of Engagement for the Church of England Pensions Board, on behalf of the co-filers, said that there is a disconnect between the Rio Tinto’s “own stated support to address climate change and the funding of trade associations that seek to undermine public policy on the very same issue”. Rio Tinto could be paying about A$2m in membership fees, according to London-based think tank InfluenceMap.
The support from the £1.8trn coalition comes after a hot AGM for its UK-listed entity on 11 April, when Rio Tinto plc blocked the vote on the resolution because it is “not in the best interests of shareholders”.
Separately, ACTIAM, the €54.1bn Dutch responsible fund and asset manager, said it will support the climate change resolution promoted by share-owning activist group Follow This at Shell’s AGM on May 22.
Dennis van der Putten, Head of Responsible Investing & Strategy at ACTIAM, said: “Shell has not yet set out any specific goals geared towards making the transition from fossil fuels via gas to renewable energy as short as possible. We consider that this third resolution [similar ones were filed in 2016-17] provides sufficient flexibility to enable Shell to take a leading position.”
ACTIAM joins Aegon, the Dutch provider of life insurance, pensions and asset management with total assets of €817bn, and the €42bn industrial pension fund Pensioenfonds van de Metalektro (PME). A number of large investors are believed to be weighing up their voting intentions on the resolution.