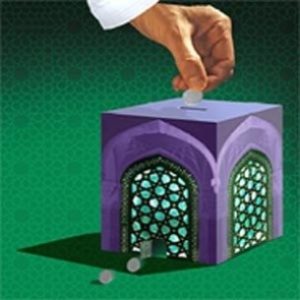 The model of Islamic banking is reported to be ethical at its ‘heart’. But this is not enough without public disclosure about the social responsibility and the economic impacts that the model can bring. Indeed, conventional banks appear to be more transparent in terms of their environmental, social and governance (ESG) approach, including compliance and respect of international rules. While there are some specific regulatory bodies for sharia compliant banking, there is no evidence that Islamic banks, for instance, report about their adherence to the principles of the United Nations Global Compact or to the United Nations-supported Principles for Responsible Investment (PRI). Banks can play an important role in pushing the Millennium Development Goals, including helping to eradicate extreme hunger and poverty, achieving universal primary education and ensuring environmental sustainability. Transparency about efforts to embrace universal principles with respect to human and labour rights, the environment and anti-corruption initiatives should be fundamental factors in measuring the sustainability impact of a bank. To be sustainably competitive with their conventional peers, Islamic financial products should be expected to be associated with responsible societal impacts and not only to the respect of Islamic legal texts.
Some comparisons illustrate the point.
Lloyds Bank in the UK reports on its governance structure, customer support and how it runs a responsible business, particularly in relation to environment, human rights, anti-bribery and health and safety. Diversity and inclusion are also addressed and it has released sustainability reports since 2008, as well as reports on compliance with the Equator Principles.
In contrast, for the Islamic Bank of Britain (IBB) social responsibility reporting focuses on corporate governance while there is no evidence of a complaints management system nor a corporate responsibility report. Generally, IBB makes references to anti-discrimination in terms of colour and gender.
The bank does highlight a ban on investment in controversial activities such as gambling, alcohol, tobacco, arms and pornography. It is also worth notingthe bank’s declaration to never invest in highly risky commodities that are not backed by tangible assets. The ban on speculation is a responsible principle that is adopted by the sharia compliant finance model as speculation on commodities’ prices (derivatives), particularly, on food, metals and energy asset classes might have negative impacts on prices and then, in turn, on society. Islamic banks are expected to be transparent about this.
In Turkey, Al Baraka Turk, the interest-free banking group, in its Ethical Principles of Banking, sets out its responsibilities in marketing and via its complaints system. The bank’s relationship with employees is also described and references to its working environment and career enhancement are made. However, quantitative data about the outcomes of such measures are not disclosed. In contrast, AKbank, a Turkish conventional bank, in addition to transparency about its corporate governance structure, reports also about its anti-money laundering program and has a dedicated policy on anti-bribery and anti-corruption. AKbank has published a sustainability report since 2009 where it refers to climate change strategies and a related action plan. In Canada, Salam Financial, the sharia compliant finance group, does not disclose any public CSR reporting. However, its mainstream Canadian peer, the Bank of Montreal (BMO), publishes reports on its environment, customer, employees, and community commitments. Furthermore, BMO is a member of the Dow Jones Sustainability Index.
According to Ernst and Young’s recent World Islamic Banking Competitiveness Report 2013–14, the average return on equity of the 20 leading Islamic banks was 12.6% compared to 15% for comparable conventional peers. In the report, some experts in the field stated: “We believe that the future success of Islamic banks will be measured less by growth of assets and more by quality of growth.” The impact made through responsible banking, inclusive growth and alignment with the broader halal asset class will be important features. Indeed, showing and proving a responsible and sustainability approach could yield better financial and economic opportunities.

Khadija Hammouda is a sustainability analyst at Vigeo.