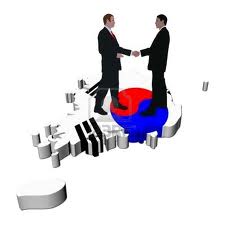 They will develop new products for the Korean market, including an ESG ranking of Korean companies that will be published in 2012. Terms of the deal weren’t disclosed.

“Our clients will benefit by having enhanced coverage and analysis of Korean securities through the Sustainalytics’ platform and direct access to ESG analysts in the region,” said Sustainalytics’ CEO Michael Jantzi.

The development continues a busy year for Amsterdam-based Sustainalytics, which so far in 2011 has expanded into France and Denmark, opened an office in Romania and partnered with STOXX on the Global ESG Leaders Index.For its part, Seoul-based Sustinvest already has partnerships with environmental research firm Trucost and Hermes Equity Ownership Services, the advisory firm that is ultimately owned by the BT Pension Scheme. It advises on KRW1.2trn ($1bn, €758m) of Korea’s National Pension Service SRI funds.

Rob Lake, Director of Strategic Development at the United Nations-backed Principles for Responsible Investment, welcomed the partnership, saying: “Korea is a fast-growing market, and it is heartening that investors there are recognizing the value that responsible investment approaches can bring.”