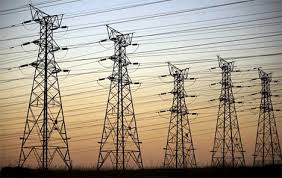 Andra AP-fonden (AP2), the SEK294bn (€31.8bn) Swedish buffer pension fund, has sold its holdings in 28 power utilities due to what it says are the climate and financial risks of the firms’ continued reliance on fossil fuels, chiefly coal.

The holdings are worth SEK670m, and AP2 said the decision to divest was made after a second climate risk assessment of its portfolio. The first such assessment was undertaken in October 2014, which resulted in the divestment of 12 coal firms and eight oil and gas producers.

“The (latest) decision involves disinvestment from approximately a quarter of all electricity generating companies, reducing the fund’s exposure to financial risk in the power sector. Our potential for generating value over the long term is greater if we invest in other companies instead,” said AP2 Chief Executive Eva Halvarsson in a statement. Halvarsson did not specify what other companies AP2 was looking at.AP2 is cutting its exposure to the fossil fuel sector for environmental reasons and because it believes that coal, oil and gas assets will become “stranded” in the future, as a combination of tighter regulation and a shift to renewables depresses demand for them.

Between the divestments from a year ago and the current one, AP2 has freed up SEK1.5bn in cash. While divesting from the fossil fuel sector, the scheme is increasing its exposure to renewable investments and green bonds. At the end of the first half for example, AP2’s green bond portfolio totalled SEK3.4bn – up almost 80% compared with the year-earlier period. The fund also has several billions of Swedish kronor allocated to renewable funds.

Added AP2: “The process of assessing the climate risks posed by the fund’s holdings will continue over the coming years. In the next phase, the intention is to conduct an overall assessment of the portfolio, involving a number of different climate scenarios, to increase the understanding of how the investments are affected.” AP2 statement