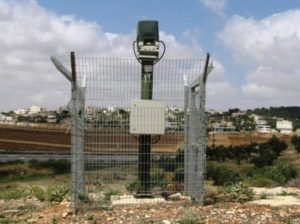 The Ethical Council of the four buffer funds (known as AP1, AP2, AP3 and AP4) are trying to engage with the Illinois-based communications provider, a successor company to Motorola Inc., over its surveillance system for the settlements which the council says contravenes international humanitarian law.

The council wants the company to halt the supply and maintenance of the system – and adopt a policy that prevents if from being involved in humanitarian breaches.

“So far the company has only responded to the Ethical Council’s questions without entering into dialogue,” the council says, adding it investigated the possibility of filing a resolution on the matter in 2012, though this proved too difficult.

The council was considering the possibility of filing a resolution for the 2013 annual general meeting, though this has not appeared on the agenda for Motorola’s meeting scheduled for May 6. The company will face a motion from the New York State Comptroller calling for it to require its suppliers to publish independently verifiable sustainability reports, which it is resisting.The Ethical Council has been calling on Motorola to pull out of the West Bank for several years.

The council has declared its engagements with mining giants Goldcorp and Rio Tinto “fulfilled”. It was in talks with them over the controversial Marlin (human rights, pollution) and Grasberg (environmental impact) mines in Guatemala and Indonesia respectively.
Overall, the council engaged with 118 companies in 2012, while its external consultants were in dialogue with 102 companies, according to its latest annual report.

The council’s dialogues with companies: