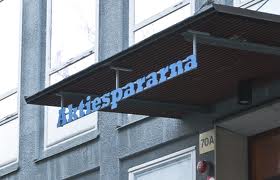 The Swedish Shareholders’ Association (Aktiespararna) has suffered a setback in its spat over fund management fees with Swedbank’s Robur asset management arm.

Sweden’s National Board of Consumer Disputes (ARN) has thrown out a complaint by Aktiespararna which sought SEK7bn (€757m) in compensation for 3,000 clients that the association says were overcharged.

According to Aktiespararna, the overcharging resulted from Robur’s Allemansfond Komplett and Kapitalinvest funds clinging to their benchmarks over a 10-year period instead of trying to beat them. The association says therefore that investors should have been charged an annual management fee of just 0.36% instead 1.4%. Allemansfond Komplett and Kapitalinvest have SEK83bn in assets.

In written testimony to the ARN, Swedbank refuted Aktiesparana’s claims, saying the funds have always been actively managed and that Robur was transparent about the fees it charges.Swedbank’s Chief Counsel Cecilia Hernqvist also told Responsible Investor in April that she believed ARN was probably not the most suitable judge for the complex case.

It seems that ARN has agreed with Hernqvist. In a statement, Swedbank said: “The ARN decided not to proceed with the class action (from Aktiespararna). It states in its decision that the matter is not suitable for the ARN to try.”

Thomas Hedberg, Robur’s Chief Executive, welcomed the ARN’s decision. But he also said Robur itself was not always satisfied with the two funds’ performance compared with the benchmarks. As a consequence, Robur says that in 2014 and 2015 it lowered the fees for Allemansfond Komplett and Kapitalinvest and changed their management.

Reacting to the ARN’s decision, Aktiespararna said on its website that it was as a huge blow to investor protection in Sweden. The association said it would take time to analyse the decision before deciding its next move.

Rosen could not be reached for comment before deadline.