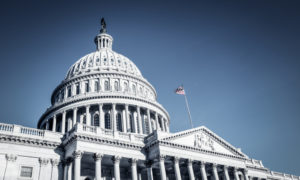 A bill to establish a $10bn US National Green Bank has been tabled by Democratic Congressman Chris Van Hollen.

“Creating good-paying jobs, gaining energy independence, and tackling climate change are some of the most pressing challenges we face as a nation,” said Congressman Van Hollen. “To address them all, we need to accelerate the development and deployment of clean energy technologies. This legislation will provide state and local green banks the support they need to jump-start innovative renewable energy and energy efficiency projects.”

Connecticut launched the first-ever green bank in the US in 2011, and to date it’s attracted over $800m of investment in green energy.Senator Murphy said: “The Connecticut model is proof that green banks work. I’m glad I get to work alongside Congressman Van Hollen to reintroduce the Green Bank Act and spark billions of dollars of new investments in clean energy.”
National Green Bank legislation was first proposed in the US in 2009, and last reintroduced in 2014.

This time, it is proposed that the National Green Bank would provide financing such as loans and loan guarantees on a competitive basis to local green banks. It would have an initial capitalisation of $10bn and a maximum capitalization of $50bn.

The New York Green Bank has committed some $120m to projects in the state since its inception in 2014, with more deals expected to be announced over coming months.