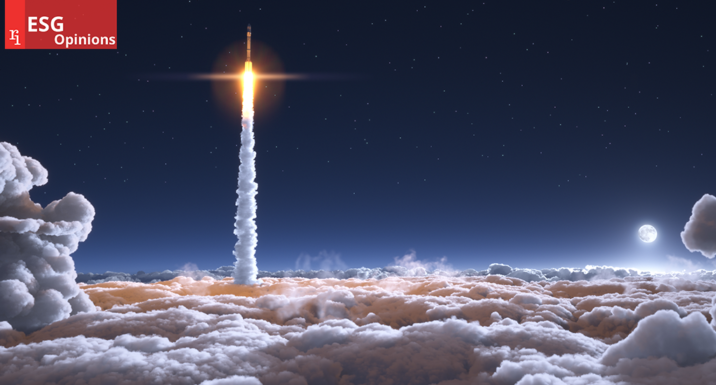 In the last twenty years economic inequality has been growing rapidly in the U.S. Before the Pandemic, its Economic Policy Institute estimated the earnings of the top 1% nearly doubled as a share of the national total from 7.3% in 1979 to 13.2% in 2019.

Then the Pandemic hit, and, well, the rich got even richer.

According to Oxfam’s recent report Inequality Kills “The pandemic has created the biggest surge in billionaire wealth ever.” Apparently, the world’s ten richest men saw their wealth double from $700 billion to $1.5 trillion. Elon Musk alone saw a more than 1,000% increase in his wealth from $26 billion pre-pandemic to $294 billion in November 2021.

Why? “As COVID-19 spread, central banks injected trillions into economies worldwide, aiming to keep the world economy afloat. Much of that stimulus has gone into financial markets, and from there into the net worth of billionaires.”

According to Oxfam’s Nabil Ahmed the inequality of “the Gilded Age of the late nineteenth century has now been surpassed.”

Today’s t-shirted tech titans are keen to distinguish themselves from the gilded Age’s top-hatted, palace-builders (the age was called “gilded” for a reason).

Defending his wealth in a recent Time interview Musk said “excess consumption is a thing to get upset about, you know, somebody just wasting money on personal luxuries in a crazy way.” But not, he argues when the super-rich are doing something helpful for humanity.

Or take Peter Thiel co-founder of PayPal’s obsession with aging which is arguably pushing scientific research into a cranky cul-de-sac. A recent investigation found that Thiel, who apparently hopes to live to 120, “has poured millions into anti-ageing research, notably the Methuselah Foundation. In a microcosm shaped by big tech, ageing is framed as code to be hacked.”

On Reddit’s “ask me anything forum,” Bill Gates was particularly scathing: “It seems pretty egocentric while we still have malaria and TB for rich people to fund things so they can live longer.” But if rich people want to throw their money away on ‘Rich Person Pursuits,’ should we care?

Yes, we should. Principally because of the control they are increasingly exerting on vital issues. Control that has been wrested from politicians enfeebled by electoral calculations.

In their recent book “Letting Go” Meg Massey (of the Global Steering Group for Impact Investment) and Ben Wrobel (of Village Capital) argue we should be very worried. Their key thesis is that the rise of billionaire philanthropy is having knock-on effects in the broader world of responsible investing.

Apparently, Bill Gates and Warren Buffett’s Giving Pledge has netted more than 200 donors and some $500 billion of capital. Decisions are highly concentrated “Bill Gates set a precedent when he decided that…resources would be allocated at the discretion of just four board members.”

Often this money comes from Silicon Valley entrepreneurs, and it has “changed the mechanics of giving. The Giving Pledge has “ushered in a new era of business leaders who take lessons from their former lives.” An attitude of “move fast and break things.”

The authors argue “a parallel conversation” is happening in responsible investing. “Power typically sits with a small and exclusive set of decision makers at every step of the funding process. A growing number of investment funds have started to rethink not just what investors should put their money behind, but how they make those decisions.”

They tell the story of Juicero “a fun punchline of how out of touch Silicon Valley can be.” Basically, instead of “hacking” healthy eating as promised this took $100m in venture capital to create “Wi-Fi-enabled juicing machines” that turned out a “product that cost $400 and was essentially useless.”

They believe there is a real danger that “impact investing, for all its good intentions (will allow) the world’s biggest investors, unconstrained by accountability to anyone…to use the brand of impact to increase their stranglehold on the direction of the global economy.”

Certainly, the sheer scale of the super-rich’s interventions bends the agenda in their direction. When Bezos pledged $10 billion to fight climate change it was like a “nine-hundred-pound gorilla emerging on the scene,” “imposing his will on the climate change movement.”

Let’s be clear. Andrew Steer, who was chosen by Bezos to be The Earth Fund’s first CEO is a worthy appointment – he was formerly CEO of the World Resources Institute. But as he made clear in an interview with CNBC, Bezos is the Executive Chairman of the Fund and his girlfriend, Lauren Sanchez, is the Vice Chair of the Fund and “Jeff and Lauren would be involved in agreeing, supporting and deciding where the resources go.”

The Bezos Fund has announced a $2bn plan to plant trees – Bezos suggests this as the best way to carbon offset. The WEF has called on businesses to plant at trillion trees.

But experts told The Verge without safeguards in place, the initiative could potentially harm ecosystems and “Instead of flinging money into these projects, they’d rather see Bezos cut pollution from the behemoth businesses he’s founded.”

Moreover, is Bezos’s tree-hugging having a major impact in driving investors towards forestry? Last year, JP Morgan Asset Management acquired Campbell Global, an owner of 1.7m acres of forest globally, gaining access to timberland assets valued at US$5.3bn (€4.7bn), in 15 US states, New Zealand, Australia and Chile. Manulife Investment Management’s bought almost 90,000 acres of timberland in the US state of Maine. This was the first “carbon-first” investment on Manulife’s general account.

However, in An (Even More) Inconvenient Truth Lisa Song demonstrates “Why Carbon Credits For Forest Preservation May Be Worse Than Nothing.” She states “In case after case, I found that carbon credits hadn’t offset the amount of pollution they were supposed to, or they had brought gains that were quickly reversed or that couldn’t be accurately measured to begin with. Ultimately, the polluters got a guilt-free pass to keep emitting CO₂, but the forest preservation that was supposed to balance the ledger either never came or didn’t last.”

We must look carefully at “Rich Person Pursuits.”