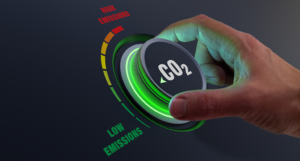 The Net Zero Asset Owner Alliance has warned that it may need to “tolerate a ‘buffer’ or slight lag behind the scientific pathways” among its members, given that their achievement of decarbonisation goals is dependent on the collective movement of “governments and policymakers, as well as corporates around the world”.

The UN-backed body, which represents more than $10trn in assets, said that without such a “buffer” members of the Net Zero group “may be faced with a decision to exit the majority of the investible universe, which exposes them to other (investment) risks”.

Its warning about the “widening gap’” between investors’ goals and the pathway of the real economy came in the second edition of its Target Setting Protocol, which was published this week. It is an expansion of its inaugural plan focused on 2025 goals, which was put out in January 2021.

The new protocol, which also now covers infrastructure, stated that its members would aim to reduce emissions linked to their investments by between 49% to 65% by 2030. To date, 30 of the Alliance’s 69 asset owners have set 2025 emissions targets.

But the protocol also highlighted the implications of the growing gap between the pathways dictated by climate science – which form the basis of the Alliance’s targets – and the trajectory of the real economy in which members invest.

“Eventually, if not very soon, this will force members to divest from entire sectors to bring their portfolios in line with the set target range and reduce the flow of capital to those highly capital-intensive sectors which require financing to transition (such as aviation, transport, and materials),” the document stated.

Such an outcome would be “highly harmful to the speed of the planetary transition to Net Zero as the real economy is left behind, hence limiting the real impact on global warming,” it added.

In 2020, AP2 divested around 250 companies – effectively the entire energy sector – bringing the Swedish pension fund’s global bond and equity holdings in line with the EU’s criteria for Paris-aligned benchmarks (PAB) – a demonstration of what actions are required to decarbonise at the individual portfolio level.

Given the predicament investors are faced with, the Alliance described commitments on engagement covered in the protocol – which includes with corporates, policymakers and asset managers – as a “core component of the Protocol” and a means to have “an impact on the real economy”.

Although the report also noted that there are sectors of the economy where engagement “will ultimately have limited to no impact”.

The Alliance also stated that given the different contexts in which asset owners are operating, “in the short-term, some Alliance members may choose lower range reduction targets (following an ‘s’ shaped curve, rather than a linear pathway to net zero) in order to support the transition in the real economy.”

Such members, it added, “would stay invested or seek to invest in high emitting companies with the explicit intention of financing their transition”. “Through engagement or active ownership, the Alliance member shall ensure that these companies set out ambitious decarbonisation goals aligned with the relevant sector pathways coupled with robust transition plans,” it continued.

RI asked France’s Caisse des Dépôts and Canada’s Caisse de Dépôt et Placement du Québec, two of the investors who initiated the Alliance back in 2019, whether the setting of Net Zero goals by investors was premature given the dependency on the efforts of companies and policymakers to meet them, but the former said no one was available to comment and the latter declined to comment.

The same question was put to a spokesperson for the Alliance, who told RI: “Unless the global economy becomes closer in line with science, investors’ universe of investable assets will shrink considerably. Here there is an extremely important role for government to play, in helping or requiring all actors in the global economy to align with no/low overshoot pathways.”

Last August, a government appointed expert group led by the Chair of the Principles for Responsible Investment, Martin Skancke, recommended that Norway’s trillion-dollar sovereign wealth fund – a notable absentee from NZAOA – should set a Net Zero target. When asked for his view on the warning in the protocol, he told RI that group’s recommendation was to “maintain the fund’s current broad sector exposure while pushing for decarbonization through corporate engagement. But we also recognised that the ultimate responsibility for climate policy lies with policy makers”.

Skancke, who helped set up the fund during his tenure as Head Asset Management at Norway’s finance ministry – a position he left in 2011, added that he thinks “Net Zero targets are still very relevant for investors, and that investors should require companies to explain how their business strategies are aligned with an overall net zero target for the economy as a whole”. This approach, he added, “is also reflected in the updated TCFD guidance on transition plans that came in October”.

In late December, NBIM – the manager of Norway’s sovereign wealth fund – said it supported the expert group’s recommendation, while also emphasising that the fund did not intend to divest from companies with high emissions, but aimed to use its investments to be "a driver for change, pushing companies to make the transition to net zero emissions".

In a recent interview with RI, Patrick du Plessis, NBIM’s Global Head of Risk Monitoring, echoed that the fund should build off a focus of supporting portfolio companies getting to Net Zero.

“While our intention absolutely is to focus on Net Zero for portfolio companies, what we don’t think makes sense is to deviate from our strategy of retaining a broad-based market exposure,” he added.