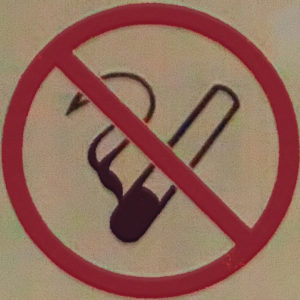 By any measure, tobacco has had a rough 12 months. In the last few weeks alone, NN Investment Partners and Aegon Asset Management have joined the growing list of investors and consultants to exit the industry, alongside Robeco, BNP Paribas AM, Mercer and Europe’s biggest pension fund, ABP, – all of which pulled out in the first half of 2018 alone. MSCI told RI in February that client demand had prompted it to begin developing a tobacco-free index. The announcements come on the back of changes to rules governing the UN Global Compact last autumn, putting tobacco companies on the same level as cluster munitions and excluding them from being members. At around the same time Canada’s OP Trust, BT Financial Group (the wealth management arm of Australia’s Westpac, and TelstraSuper all announced they would divest the industry.

The increasing materiality of regulatory risk may be starting to threaten the long-term viability of the sector.

Adrie Heinbroek, Head of Responsible Investing at NN IP told RI that any further engagement with the sector was unproductive, since “the overarching concern is with the health related impact of the product”. Similarly, the other funds made note of the public health risks associated with tobacco and the indefensibility of financing such a product.
Clearly, this does not tell the full story. Tobacco’s toxicity has long been established. It’s been called one of the biggest public health threats the world has ever faced, contributing to the death of up to half its users, or more than seven million people annually, according to estimates. It follows that engagement on an SRI basis would be futile, since the product itself is inherently carcinogenic. The only justification for investment has been returns. Between June 2002 and September 2016, the MSCI World Tobacco Index grew by a whopping 632%, versus 122% for the MSCI World Index over the same period. Asset managers argued that fiduciary duty compelled them to maximise returns for their beneficiaries and tobacco stocks’ low volatility and high-growth characteristics made them a sound investment prospect.
However, these characteristics do not seem to be holding any longer. In a period of already sluggish performance by tobacco stocks, Phillip Morris shares plunged by 16% in April 2018, the biggest one day slide since it went public in March 2008, dragging down shares of other giants such as Altria Group, British American Tobacco and Imperial Brands. According to Olivier Rousseau, Executive Director and former CEO of the Fonds de Réserve pour les Retraites (FRR), the recent “dismal” showing by tobacco equity is in part due to changes in public policy in the form of tougher public health legislation on smoking. Speaking to RI, Rousseau said that FRR had previously identified increasing government pressure as a risk factor which led to its own divestment in 2016. The strengthening of regulation is seen by many as a corrective to the business model of tobacco, which externalises the costs of smoking, to be invariably picked up by governments, society and individuals. WHO estimates the annual healthcare costs and lost productivity at $1trn, far exceeding the estimated $269bn global revenues from tobacco taxes.Current developments with regards to regulation are primarily driven by individual governments working to meet their obligations under the UN’s legally-binding Framework Convention on Tobacco Control (FCTC), ratified in 2005. Member states have varied in the pace they introduce regulation but often, once new rules have been tried and tested elsewhere, they are quickly and widely rolled out. Using newly-available data, it is now possible to measure the net effect of these regulations. On Monday, the French Department of Public Health announced that 1 million smokers quit the habit last year. This was directly attributed to anti-smoking measures, such as plain packaging and higher taxes, which resulted in a particularly steep decline among low-income residents. With no shortage of political will for tobacco reform, the increasing materiality of regulatory risk may be starting to threaten the long-term viability of the sector. In news which made tobacco stocks plummet last year, the FDA announced a push to lower nicotine to a “minimally or non-addictive level”, which has been modelled to reduce the number of smokers by 5 million in the first year of implementation. In March this year, the FDA took the first steps toward implementation by publishing an advanced notice of proposed rule-making to seek public feedback.
In 2017, WHO reported that 4.7 billion people – 63% of the world’s population – are covered by at least one comprehensive tobacco control measure. According to Dr Rachel Melsom, UK & EU Director of influential NGO Tobacco Free Portfolios, regulations serve to “de-normalise” tobacco, offering a reminder of the unusually high death toll of a substance often lumped together with consumer staples. This will create a “virtuous circle”, she says, as consumers begin to in turn object to having their pensions being invested in tobacco. For fund manager Robeco, this was the precise factor which influenced its decision to divest earlier this year. In response to changing market conditions, tobacco manufacturers have attempted to diversify into cigarette alternatives, notably Heat-Not-Burn (HNB) devices, although this has not been entirely without setbacks. Earlier this year, an FDA advisory panel rejected Phillip Morris’ claim that its flagship HNB device, IQOS, constituted less of a health risk compared to conventional cigarettes, dealing a blow to the tobacco giant’s plans to market the product as a safer alternative to cigarettes. Adding to its woes are reports of disappointing sales growth of IQOS in Japan, considered a growth market for cigarette alternatives.
For investors, the case for divestment has markedly changed. As recently as 2016, funds which had long divested from tobacco faced increasing pressure to review their position after the extent of forfeited earnings came to light. CalPERS, for example, was estimated to have lost $3bn in the 16 years since it excluded the commodity. At the time, divestment was seemingly a moral and legal imperative, irrespective of “the financial consequences” – a position also held by the Norwegian finance ministry, itself having missed out on profits of $1.94bn. This is no longer the case. In a sector facing mounting regulatory risk and a diminishing consumer base, any investment decision will be a question of risk, not ethics: a term which all investors understand.