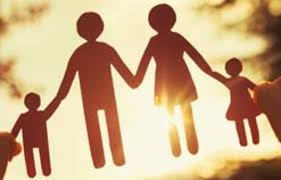 The world’s biggest ever social bond has been issued by a Dutch bank, in a €2bn deal that attracted investors including Credit Agricole, AP2 and Robeco Investment Management.

Proceeds will finance social housing in the Netherlands.

Christopher Flensborg, Head of Sustainable Products at Swedish bank SEB, announced the opening of the books at an event hosted by the City of London yesterday, focused on green finance. The order book closed within three hours, substantially oversubscribed, he said.

Speaking to RI, Flensborg said the bond “created good society values, but also financial values” adding that NBW’s approach “is the way it needs to be done to make [the social bond market] grow”.

Managers on the deal were SEB, HSBC, Rabobank and Credit Agricole CIB.

RI was told that the bond has been placed with a mix of SRI specialists and mainstream investors, including Actiam, Achmea Investment Management, APG, Credit Agricole, Bankhaus Lampe, Werner Huber, Robeco Investment Management, Municipality Finance, AP2 and OP Corporate Bank.Both tranches will be listed on the Luxembourg Stock Exchange, which recently announced the launch of a new segment dedicated to sustainable and social projects bonds.

ESG ratings provider Sustainalytics reviewed the social bond framework earlier this month, stating: “proceeds from NWB’s social bond can be expected to provide a high level of social impact to underserved communities by increasing the availability of affordable housing”.

This is the second substantial social housing bond to come out of the Netherlands since the Social Bond Guidance was released: last July, RI reported that Dutch municipal bank, BNG Bank issued an 8-year €1bn social bond, based on the UN Sustainable Development Goals, to fund the country’s social housing sector.