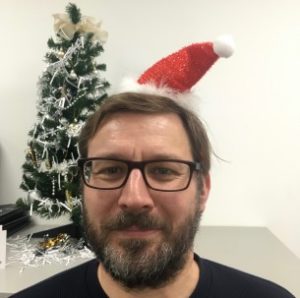 As I mentioned last week, I’ve been amazed at the recent proliferation of press articles critiquing responsible investment and ESG. They often trot out tired old nags masquerading as argument or are just plain confusing to read; mashing up terminology and making little sense. Some, of course, make sound points, but often blunt equally relevant criticism of so-called mainstream financial activity. So, I thought I’d tackle the issue head on in a seasonal style with an argumentative advent calendar based on the 12 days of Christmas: one mistletoe-ESG-misnomer buster or aphorism per day. I’ll try and get to 12…shouldn’t be difficult, he says….

On the second day of Christmas my true love sent to me: Two Turtle Doves:
Ahh, double doves, much better than being a lonely hawk! During this holiday season it’s worth reflecting on what you can do as an ESG dove. We need to keep asking the tough questions, promoting the right partnerships for sustainable growth between institutional investors and public bodies, influencing politicians, mobilising public campaigns….and ‘ESG people’ within organisations need to keep doing all they can within their spheres of influence to promote sustainable finance where they can. Enabling people, where possible, is key. Communicating the value of ESG and responsible investment for investment and society is primordial. We should be pragmatically positive! Be an ESG dove!On the third day of Christmas my true love sent to me: Three French Hens
AKA les Gilets Jaunes protestors, which I have heard said means that climate change can no longer be resolved via any kind of fiscal/regulatory change that would hit working people in the pocket!
Duh, the COP 21 agreement explicitly referred to a ‘just transition’ and anyone working in ESG and the climate transition field knows that change must be broadly advantageous to the populous over a meaningful time-frame. Indeed, the nefarious lobby pushback demands it. 2019 will be the year the just transition gets real.

On the fourth day of Christmas my true love sent to me: Four Calling Birds
AKA new, material ESG topics. When was the last time you heard the old saw that ESG topics are static, repetitive and mostly about remuneration.
They’re not. Just this year we’ve seen significant movements in areas like antibiotic resistance, zero hours contracts, internet privacy and opioid abuse; all of which have had major impacts on consumer behaviour and share prices. There are many more than four calling ESG birds…
Hat tip: Abigail.