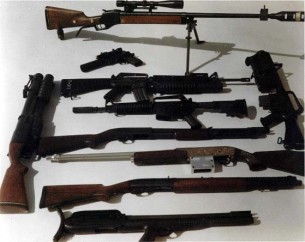 Twenty-one investors with more than $1.2trn (€848bn) in combined assets under management have called for a “strong, legally binding and comprehensive” Arms Trade Treaty (ATT), arguing that the treaty is directly relevant investors’ long-term financial interests.

The plea was issued as officials met at the United Nations headquarters in New York this week in a preparatory conference ahead of final treaty negotiations, which are scheduled for 2012.

The treaty impacts investors as the irresponsible supply of conventional weapons can increase conflicts, the investors say.

“Investors support a strong ATT because it makes long-term financial sense, but also because it will help defence companies, in which they may be investing, to implement stronger corporate human rights policies and practices,” says François Meloche of Canadian pension provider Bâtirente.
For the investor groups there is a “historic opportunity” to set out commonly agreed rules for strict national regulation and international monitoring to fight corruption, and prevent arms export and transfers that may contribute to violations of international human rights and humanitarian law.
The treaty will “help investors’ efforts to support the development of a more responsible defence industry” said Tim Goodman, Associate Director at Hermes Equity Ownership Services.

The group sees the treaty as a “risk-reduction mechanism” for arms producers.The investors, with support from providers CA Cheuvreux, EIRIS and Ethix SRI Advisors have released a Global Investor Statement on the Arms Trade.