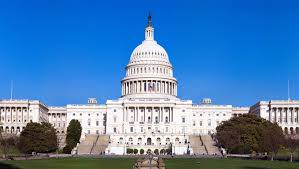 A group of 112 US and global investors representing more than $1trn in combined assets have called on US legislators to support a new bill calling on corporations to disclose their policies and practices on human rights risks.

They have written to the Senate Committee on Banking, Housing and Urban Affairs, and the House of Representatives Financial Services Committee urging support for the Business Supply Chain Transparency on Trafficking and Slavery Act.

“It is impressive to see such a demand for supply chain transparency among major U.S. investors,” saidMaloney, while Blumenthal hoped other investors would join efforts to stop “egregious modern day slavery and exploitation in the global marketplace.”

If enacted, the new bill would amend the Securities Exchange Act to require companies with revenues of more than $100m to disclose information describing measures taken to identify and address conditions of forced labor, slavery, human trafficking, and the worst forms of child labor within the company’s supply chains.

“We have witnessed the legal and reputational consequences of companies being blindsided when a trafficking and slavery incident surfaces from somewhere deep in their supply chains,” said Julie Tanner of Christian Brothers. She said the proposed legislation offers a “meaningful solution”.

Calvert’s Michael Lombardo spoke of the “limitations” of voluntary reporting measures which can “underestimate the breadth and depth” of risks. The investors argue it wouldn’t be “burdensome” for business, as leading firms have been reporting on human rights information for many years. Link