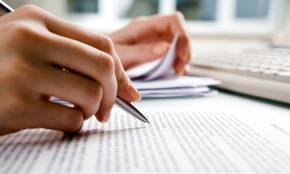 The first shareholder resolutions covering sustainability issues have already started to be filed at a range of companies ahead of the 2015 annual general meeting (AGM) season in the US.

It comes as the $178.2bn (€133.5bn) Florida State Board of Administration (SBA), which runs the assets of the Florida Retirement System and others, has spoken of how it is boosting value “one vote and one engagement at a time”.

Three of the five motions have been filed by Walden Asset Management, the Boston-based SRI specialist, at Costco, Emerson and ESCO.

Emerson and ESCO are being asked to issue sustainability reports describing their environmental, social and governance (ESG) performance and goals, including greenhouse gas (GHG) reduction goals.

It will be the fifth year Walden has filed a sustainability reporting proposal at Emerson – it received around 38% support this year despite what Walden calls management’s “recalcitrance”.The other two resolutions filed so far come from faith group the Sisters of the Presentation of the Blessed Virgin Mary and SRI firm Clean Yield Asset Management. They are, respectively, calling on Energizer to adopt a comprehensive sustainable palm oil sourcing policy and Walgreens to include sustainability as a performance metric in executive pay.

Earlier this month, the Florida SBA noted how environmental and social shareowner proposals “dominated” in 2014 with a 15% increase, a total of 460 proposals, surpassing governance topics for the first time since the 1980s.

It added that it supported 79% of shareowner resolutions asking companies to publish sustainability reports and 33% of the motions seeking climate change assessments and human rights improvements.

In the 2014 proxy season, the SBA said it cast votes at more than 9,500 public companies across 80 countries. “With every engagement and corporate proxy vote, the SBA upholds its fiduciary duty to beneficiaries to increase shareowner value and promote long-term stewardship,” the SBA said.