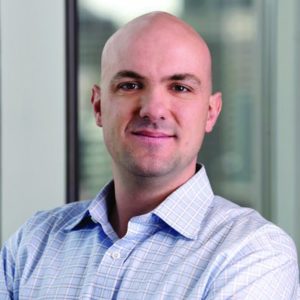 The 2018 shareholder season was characterised by a number of firsts when it comes to climate change-related proposals. For the first time, a North American company board endorsed a shareholder proposal on climate change. We also witnessed the first company to consider the implications of a sub-2-degree scenario for its assets, as well as the first company to disclose asset-specific stranding risks in its reporting. And for the first time, investors rejected a company’s attempt to pass off poor disclosure as the real thing, as a proposal at Anadarko received majority support even as the company claimed it had already fully disclosed its risks of asset stranding.

This season was notable for another reason: it saw the fewest shareholder votes on carbon asset risk since investors began filing on this issue in earnest in 2013.
This is no accident: the fact that only six carbon asset risk proposals ultimately reached the proxy this year is a sign of growing investor power, and illustrates the rapid movement of this issue from the fringes to the very center of investor conversations with the energy industry. After last year’s record-setting votes, companies know that they will face a public rebuke from shareholders if they don’t embrace 2-degree scenario analysis and articulate a strategy to manage the coming low-carbon transition. As a result, of the twenty 2-degree scenario analysis proposals that were filed this year, 13 were withdrawn as companies including DTE Energy, Dominion Energy, and Southwestern Energy committed to conduct the analysis investors requested. At other companies, like Marathon Petroleum, it wasn’t even necessary for investors to file a proposal in the first place, as companies opted to take stock of demonstrable investor interest and took steps to respond on their own.

US oil and gas investors are not the only ones mobilising. Electric power investors spurred significant progress this year, pushing companies toward concrete – and in some cases, ambitious – action.This season AEP, Duke Energy and Southern Company all set long-term greenhouse gas reduction goals that, while not ambitious enough to meet the goals of the Paris Agreement to keep temperature rise well below 2-degrees Celsius, begin to align those companies’ strategies with low-carbon transition.
These and other successes position investors to move forward with urgency, broadening their focus from disclosure to company strategy in light of the accelerating global low-carbon transition. Investors are now beginning to demand real evidence that the companies they own are aligning themselves for resilience in a decarbonising world.
European investors have been first to press for greater ambition, with DWS, LGIM and IIGCC calling on companies to take responsibility for their product-related emissions and develop robust transition plans.
LGIM has perhaps gone the furthest, calling on oil companies to plan to shrink over time through a managed decline strategy. Coming from an investor with more than $1trn in assets, this puts the question of the industry’s long-term viability squarely in the mainstream. European companies are beginning to respond with action. Last year, Shell became the first oil major to set a goal for its product emissions, and Spain’s Repsol took the more dramatic step of giving up on growth.
Meanwhile, companies are facing increasing pressure to respond to the investor asks of the new global investor mobilisation known as Climate Action 100+. The initiative aims to engage with more than 100 of the world’s largest corporate greenhouse gas emitters to improve governance on climate change, reduce emissions, and strengthen climate-related assessment and disclosure. Support for the initiative is growing, as more than 280 investors with nearly $30 trillion in assets under management have signed on to date.
As climate risk has moved to the top of the investor agenda, we will likely look back on 2018 as the year in which fossil fuel companies began breaking into two camps: those who remain tethered to business as usual, and those who are serious about preparing to thrive in a clean energy economy. Investors are likely to embrace the latter and pursue engagement strategies to elevate increasingly urgent concerns with the former.

Andrew Logan is director of oil and gas at Ceres.