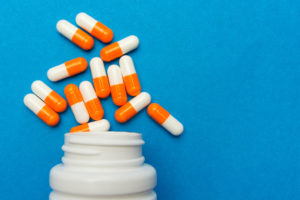 A government official calling for civil disobedience is highly unusual, but Dame Sally said the consequences of antibiotic resistance posed at least as great a threat to humanity’s future as climate change, and in the same timescale, but few efforts had been made to deal with the issue.

Dame Sally is now the UK’s Special Envoy on Antimicrobial Resistance (AMR) and at last month’s Davos she launched the ‘Investor Year of Action on AMR’.

Aviva, one of the first investors to join the initiative, credits Dame Sally for drawing its attention to the issue.

Abigail Herron, Aviva’s Global Head of Responsible Investment, tells RI that the investor’s interest was initially piqued by a 2015 BBC documentary: Panorama – Antibiotic Apocalypse. “One interview in the documentary really resonated; the chief medical officer of the United Kingdom, Dame Sally Davies, spoke of an apocalyptic scenario in the near future in which people undergoing simple medical procedures die of routine infections because we’ve run out of antibiotics”.

AMR is a natural phenomenon in which microorganisms develop resistance to antimicrobial agents. However, it is being accelerated by the inappropriate use of antibiotics in healthcare and farming – increasing the risk of more bacteria developing resistance to antibiotics. At the same time, pharmaceutical companies have little economic incentive to develop new antibiotics to treat these superbugs.

Shortly after the BBC show, Aviva held what it believes to be the first investor event on the topic, with UKSIF and investor engagement network FAIRR. The standing-room only event drew the link between the market failures inherent in antibiotic economic models and the impact AMR could have on the food producers, food retailers, healthcare and health insurance sectors, says Herron.

The European Commission estimates that AMR costs more than $1.5bn in healthcare expenses and productivity losses in the EU. The World Bank says AMR could cause greater economic damage than the 2008 financial crash, cutting global annual GDP by up to 3.8% by 2050.

Aviva is taking the risk seriously, funding one of its responsible investment team to undertake a Masters in AMR to look at what role investors can play. “The results of this will further refine our approach to this critically important topic,” says Herron.

Broadly, investors are addressing the issue in three ways:

BMO Global Asset Management describes AMR as one of its key corporate engagement topics, and last year began to engage food producers and purchasers on best practices in antimicrobial stewardship.

Alice Evans, Co-Head of the Responsible Investment team at BMO, says that one key concern is resistance developing quicker than new antibiotic agents.

Evans has been working with investment analyst Catherine McCabe to engage with companies involved in agriculture and food production to encourage them to use antibiotics only when animals show clinical signs of disease, and to discourage the use of antibiotics that are classified as medically important by the World Health Organisation.

Prevention is another engagement angle, says McCabe. “Good animal welfare decreases the need for antibiotics,” she points out. “And that can include auditing and supervision.”

Broadly speaking, the engagement process has been positive so far, BMO reports, with large food producers and pharma companies such as GlaxoSmithKline and Tyson Foods being receptive, as well as UK-based supermarkets M&S, Morrisons, and Tesco.

Among the fast food giants, McDonalds says it sees AMR as a critical public health issue and its antibiotic policy is consequently impressive.

McCabe says FAIRR’s research into antibiotic use in global supply chains has been the cornerstone of her and Evans’ engagement with food companies.

Launched in 2016, FAIRR’s efforts initially focused on 20 food companies, of which only one had a regional policy on antibiotics stewardship. Now all 20 have policies in place.

Some only cover poultry, however, and just four cover antibiotic use across all animal species.

Jo Raven, Engagement Manager at FAIRR says: “In cases where companies are failing to demonstrate reasonable progress, we raise it with investors and consider formally re-engaging with the company or companies”.

Along with FAIRR’s research, Evans says that the Access to Medicine Foundation’s AMR Benchmark is a useful tool to analyse pharmaceutical companies’ strategies to combat AMR.

The AMR Benchmark, first launched in 2018, compares how pharmaceutical companies are bringing AMR under control. It covers R&D, responsible manufacturing, appropriate access to antibiotics and stewardship of use.

The 2020 AMR Benchmark was released at Davos last month and reports that companies are expanding their efforts against AMR, but change is not happening fast enough to radically impact the threat from drug resistance.

Magdalena Kettis, Active Ownership Director in the Responsible Investment team at Nordea Asset Management, sits on the expert committee of the AMR benchmark and pushed for environmental risk-management to be added as a criteria.

Nordea has been engaging since 2015 with pharmaceutical companies in India on pharma water pollution – a major crisis in the country and a key driver of AMR, says Kettis.

The World Bank says AMR could cause greater economic damage than the 2008 financial crash, cutting global annual GDP by up to 3.8% by 2050

The majority of the world’s drugs are now manufactured in India and China, but the supply chains are often opaque and complex, with drug companies typically keeping the origins of drugs confidential, and regulators not pushing hard for transparency.

This makes it difficult for investors to assess risks. Kettis says for the past couple of years, Nordea has been having a constructive dialogue with the industry-led Pharmaceutical Supply Chain Initiative (PSCI) and she now sits on its advisory panel.

The PSCI and member companies put together an action plan to address the issues raised in Nordea’s report Impacts of Pharmaceutical Pollution on Communities and Environment in India, and it is having regular update meetings on progress.

EOS at Federated Hermes initially started to look at the issue of AMR several years ago, through the lens of water pollution, explains engagement specialist Kimberley Lewis. It has expanded its work to food producers and, most recently, pharmaceutical companies.

“The pharma industry has become a lot more cognisant in the role they play in this incredibly large global health issue,” she says, but adds that it’s tricky commercially.

“AMR is obviously a public health issue. And it has implications for the sustainability of the [pharma] sector. There is certainly an urgent need now for new and novel antibiotics.

“But since there are commercial disincentives to producing new antimicrobials, some companies decide to exit because it’s hard and the cost reward isn’t enough.”

Lewis says it’s crucial to engage with policymakers on demonstrating the value of antimicrobials. “In the UK, for example, we were very encouraged to see the new payment proposal that’s now been enacted to take a fresh look at how antibiotics and antimicrobials are reimbursed by buyers by the UK government,” she says, referring to a pilot by the country’s National Health Service, in which pharma companies are paid upfront for access to antibiotics, based on their usefulness. It aims to make it more attractive for companies to invest in developing new drugs, as they can be reassured to still be paid for it, even if it is initially in reserves.

“This was largely a result of collaboration with the industry and companies who decided to engage rather than take the exit approach,” says Lewis.

Herron of Aviva says engaging policymakers on the issue is potentially more important than working with companies because of the market failures inherent in antimicrobial economics. Aviva has been working with the UK government and European Bank of Reconstruction and Development on the issue.

The investors talked to for this feature represent the pioneers of this emerging global risk, but with 2020 being the Investor Year of Action on AMR, this will hopefully change.