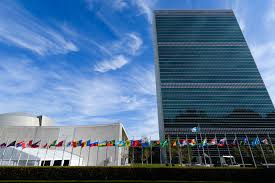 A new United Nations-backed initiative called the Net-Zero Asset Owner Alliance has been launched as part of the UN Secretary-General’s Climate Action Summit with a commitment to carbon-neutral investment portfolios by 2050.

The alliance was initiated by Allianz, Caisse des Dépôts, La Caisse de dépôt et placement du Québec (CDPQ), Folksam Group, PensionDanmark and Swiss Re at the beginning of 2019. Since then, Alecta, AMF, CalPERS, Nordea Life and Pension, Storebrand and Zurich have joined as founding members.

The backers have $2.4trn in combined assets.

“Our pensions, savings and investments are some of the most powerful tools we have at our disposal to address the massive challenges raised by the IPCC Reports,” said Odd Arild Grefstad, CEO of Norwegian mutual insurer and asset manager Storebrand.

Convened by UNEP’s Finance Initiative and the Principles for Responsible Investment (PRI), the alliance is supported by WWF and is part of the Mission 2020 campaign, an initiative led by Christiana Figueres, the former Executive Secretary of the United Nations Framework Convention on Climate Change who played a key role in the Paris climate accord.

Figueres threw down the gauntlet to investors at the PRI in Person event in Berlin in two years ago, one result of which was the launch of the Investor Agenda, a collaborative initiative backed by various investor/climate groups. Zurich was one institution that publicly picked up the challenge.

“We, as asset owners, will live up to our responsibility and, in dialogue with the companies in which we invest, steer towards low-carbon business practices.“We’ve already started and, by 2050, our portfolios will be climate neutral,” said Oliver Bäte, Allianz’s CEO.

Johan Sidenmark, CEO of Swedish pension provider AMF said that as an institution with commitments extending well into the future, it was “natural” for it to be part of the transition to a net zero emissions economy.

The alliance will also collaborate with other initiatives, such as the Investor Agenda, Science Based Targets initiative, Climate Action 100+ and the newly announced 2050 Ambition Alliance.

“Our pensions, savings and investments are some of the most powerful tools we have at our disposal”

Its members will hold themselves publicly accountable on their progress by setting and publicly reporting on intermediate targets in line with the Paris Agreement.

It comes as the Danish pension sector has pledged DKK350bn (€46.9bn) to finance the green transition by 2030.

All this comes on the heels of the global climate strike and as the fossil fuel holdings of Dutch civil service pension fund ABP were highlighted by climate protestors including Greenpeace and others.

Greenpeace has also filed (French) a request for an injunction with Luxembourg’s administrative court after it said the government failed to disclose details about fossil fuel investments by the country’s Fonds de compensation (FDC) pension fund. The NGO said FDC has investments in 27 of the 50 biggest “carbon majors”.