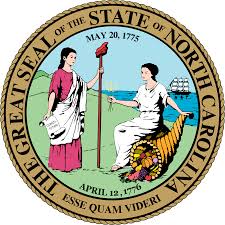 In an unusual example of investor engagement, a $2.1trn coalition of investors, has called on North Carolina to repeal its controversial ‘bathroom bill’ House Bill 2 described by opponents as the most anti-LGBT (lesbian, gay, bisexual and transgender) legislation in the United States.

In a letter organised by the New York City Comptroller, Trillium Asset Management and research firm Croatan Institute, 53 investors describe House Bill 2 (HB2) as bad for business and investors, saying it makes it difficult for its portfolio companies with operations in the state to provide a safe and inclusive environment necessary for a successful workplace.

HB2, or the Public Facilities Privacy & Security Act, was introduced and passed within 10 hours by North Carolina in March. The bill was introduced in reaction to an ordinance in the city of Charlotte that broadly defined how businesses should treat LGBT customers. It came under scrutiny for allowing transgender residents to use either a men’s or women’s bathroom, depending on the gender with which they identify.

HB2 creates “state-wide consistency in regulation of employment and public accommodations”. Most controversially, it restricts single-sex public bathrooms and changing rooms to people of the same sex on their birth certificate.

The law has received wide public condemnation and has led to federal civil rights lawsuits, travel bans by dozens of state and local governments, and opposition from hundreds of companies. Internationally, the UK issued a travel advisory directed at their LGBT citizens visiting North Carolina while the European Union criticized HB2 as a contravention of the International Covenant on Civil and Political Rights.Now, investors are the latest to voice their strong opposition to HB2. In a letter to North Carolina, they say the bill invalidates the human rights of individuals across the state, and also has troubling financial implications for the investment climate in the ‘Tar Heel’ state.

The investors, including the Environment Agency Pension Fund and Aviva Investors, argue that because of HB2 its portfolio companies doing business in North Carolina will find it difficult to attract and retain good staff. They cite research showing LGBT-supportive policies lead to positive business outcomes and lower staff turnover.

The letter also highlights negative financial implications for North Carolina because of the law, including the risk of losing $5bn in annual federal funding and fixed-income investors exiting the state’s municipal bonds in reaction.
The investors call for a full repeal of HB2, saying they need a stable business climate where their portfolio companies can thrive.
According to Out Leadership and the Williams Institute, more than $40m in business investment had already been withdrawn from the state by May, and far more is at risk in future private equity deals and municipal bond issuance.