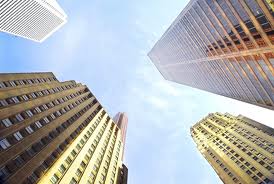 The $2trn coalition, led by Boston Common Asset Management, has released a report claiming that less than half of banks are implementing any climate risk assessments or analysis of alignment with a 2°C warming target. This means “decision-making on portfolio shifts is not supported by robust data,” the investors claim.

The findings are based on an examination of 59 of the world’s largest banks.

The group is asking banks to make four commitments. Firstly, it wants them to disclose their climate risk in line with the recommendations from the Taskforce on Climate-related Financial Disclosure (TCFD). The study claims that, although 54% of banks support the TCFD “at some level”, only two of the 59 assessed have asked their carbon intensive sector clients to adopt the recommendations.

The second commitment is for banks to publish a company-wide, forward-looking strategy aligned with the Paris Agreement. Thirdly, it wants them to “set clear targets to increase and promote low-carbon products or services”, which it says less than half currently do.Finally, the group wants banks to disclose public policy positions related to climate change, and to influence their trade associations to take progressive positions on climate legislation. Only two in five banks are currently doing the latter, it argues.

“Banks are one of the largest asset pools in the financial market and have a crucial role to play in the transition towards a sustainable financial system,” said Shannon Rohan, Director of Responsible Investment at SHARE in Canada, adding: “But so far, their contribution is limited”.

On coal, the report claims that 61% of banks have “failed to restrict the financing of coal”. The global banking sector, it adds, provided some $600bn of financing for the top 120 coal plants developers between 2014 and September 2017.

The findings come just a week after NGO Unfriend Coal published research revealing that European insurance companies have signed at least 21 underwriting contracts to new coal projects in Poland – the destination of the United Nations’ COP24 climate talks in December.

“European insurers also finance the Polish coal industry through their local pension funds, with over €1.3bn invested in Polish coal companies,” the report claims. It accuses Allianz, Generali and Munich Re of “propping up coal projects and companies with disastrous climate and public-health impacts”.