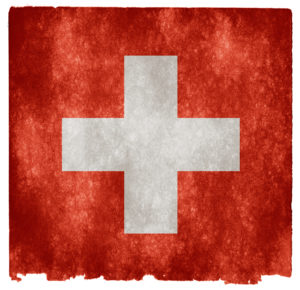 The findings of a recent survey of Swiss pension funds and insurance companies suggests that more than 30 have introduced new climate strategies on the back of a large-scale assessment backed by the country’s Environment Ministry and department of international finance.
31 asset owners responded to a survey asking for feedback on the study, which was conducted last year at the request of the Swiss Federal Office for the Environment and the Swiss State Secretariat for International Financial Affairs, in partnership with think-tank 2° Investing Initiative. The study was supported by the Swiss Pension Fund Association and the Swiss Insurance Association, who both encouraged their members to participate.
The public equities and corporate bond portfolios of 79 institutions – two thirds of the Swiss pension market and four fifths of the insurance market – were analysed to see how aligned they were with the Paris Agreement. 96% of participants had never undertaken climate scenario analysis, while nearly half had done no climate assessment at all before.
The top-level findings were unsurprising: the aggregate climate alignment of the portfolios was in the range of 4-6°C, rather than 1.5-2°C.
But the new survey results show that 40% of respondents have since implemented a climate strategy or integrated climate criteria into their investments following the process, RI can reveal.
Although individual results are not publicly disclosed at this time, they were sent to the asset owners – in the form of a 28-page report with an ‘options for action’ section suggesting strategies for investors on the basis of their results. They were then invited to specialised workshops (of which around 50 participants attended) and “bilateral briefings” (taken up by 25 of the institutions).
According to a summary of the results, seen by RI, almost half the respondents found the process ‘helpful’ or ‘very helpful’ while more than 40% were neutral and 10% found the results unhelpful.
The study garnered criticism for being limited in its asset class coverage and its focus on climate rather than broader sustainability. The use of the International Energy Agency scenario was also questioned by some, along with the lack of ability to capture climate strategy, engagement and actions in the results, as opposed to just current outcomes or incidental climate impacts.“Despite the shortcomings of the survey design, the survey represents one of the few controlled experiments with regard to the question of whether ‘measurement’ of an issue by pension funds and insurance companies – in this case their alignment with climate goals – leads to action,” said 2° Investing Initiative’s analysts in a report on the findings.
The action captured by the survey responses shows that most asset owners did not take the pilot forward by integrating climate considerations into their processes – namely because they believe they have already done enough in the area, they would need more information to pursue it, or they didn’t think climate alignment was relevant.
Of the investors that didn’t have a Paris-aligned portfolio according to the findings, or had no climate strategy in place, more than half of survey respondents (56%) said they would introduce a climate strategy on the basis of the results.
“These results are striking,” read the summary report. “They suggest that one in two investors that are conducting climate scenario analysis – measuring their alignment [with] climate scenarios across key sectors and technologies – subsequently decided to implement a climate strategy and/or integrate climate criteria specifically into their investment processes.
“If those results hold equally for all investors participating in the pilot – recognising that the survey is not necessarily representative – the findings would suggest that through this pilot project, over 30 institutional investors initiated a ‘new’ climate strategy.
“While in absolute numbers, this may not seem high, these 30 institutional investors would be expected to represent around 25-35% of the entire Swiss pension and insurance market.”
Investors that said they would pursue climate considerations going forward “came down squarely in the middle” when choosing between using capital allocation – redirecting investments into greener options – or engagement with existing holdings.
Last month, RI reported that the Swiss government planned to repeat the project in 2020, with “more elaborate testing” and is looking to roll it out globally.