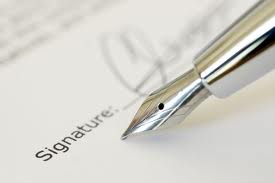 In a letter to Stephen Haddrill, Chief Executive of the Financial Reporting Council, the fund’s Investment Manager Ian Griffiths said the fund’s trustee “has agreed to adopt the UK Stewardship Code” – and has encouraged all of its investment managers to adopt it.

He added the trustee plans to produce a statement of compliance to be published in its website.

The move will take the number of asset owners who have adopted the year-old code to 32 – up from 12 at launch.

On top of this there have been public letters of support from both domestic investors such as British Airways Pensions and the Merchant Navy Officers’ Pension Fund as well as from international investors such as Swedishbuffer fund AP3 and Californian pension giant CalPERS.
In May the C$107.5bn (€77.5bn) Ontario Teachers’ Pension Plan, the largest single-profession pension fund in Canada, become the first non-domestic asset owner to sign up. But other major institutional investors, such as Norway’s Government Pension Fund and France’s Fonds de Réserve pour les Retraites, have yet to back the initiative.

There have been 131 statements of compliance from asset managers and 12 from service providers.

The seven-point code, launched in July 2010, is the world’s first attempt to codify the responsibilities of institutional investors. Similar initiatives have since been unveiled in the Netherlands and South Africa and by EFAMA, the European Fund and Asset management Association.