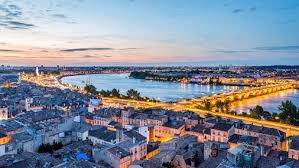 Nineteen French cities including Lille, Bordeaux and Dijon today announced they are joining over 500 institutions representing more than $3.4 trillion in assets that have committed to divest part or all of their fossil fuel assets, according to an update from divestment campaigners at the COP21 conference in Paris.

The $3.4 trillion figure – which is not the amount of money divested, but the combined asset total of the divesting organisations – was announced by 350.org, the environmental NGO, along with the French city additions to the campaign.

The campaigners said the volume of investors’ assets pulling out of fossil fuel investments indicated the seriousness of the investor shift towards renewable energy.

The numbers of divesting entities is rising rapidly with 100 new institutions pledging to divest in just the last 10 weeks, following a “Divest for Paris” push.
Compared to a year ago, the growth of the campaign is startling.

The latest divesting institutions since September 21 include the city of Oslo in Norway, which announced it would divest its $9bn pension fund from coal, oil and gas companies.

Other divesting cities included Uppsala in Sweden, and the German city of Münster, which became the first city in Germany to divest completely from fossil fuels. Allianz, Europe’s largest insurer, divested €630m of its capital from coal, and pledged to reinvest over €4bn into wind energy over the next 6 months.

The city of Melbourne, Australia, committed to go fossil free ahead of COP21. Australia has seen a seven-fold growth in the divestment movement, from two councils divesting in 2014, to 14 today, representing AUD $5.5bn in assets. Last week, the respected London School of Economics, also dropped its direct and indirect holdings of coal and tar sands, and all direct holdings of fossil fuel companies.