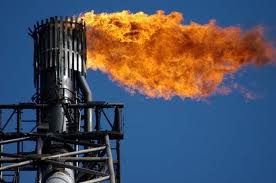 A group of leading global investors, representing $3.6trn (€3.18trn) in assets under management, have released a statement of support for U.S. and Canadian efforts to limit methane emissions from the oil and gas sector.

This represents more than a doubling of support since July 2015 and comes just ahead of the Paris Agreement signing ceremony at the United Nations in New York on Friday.

“As widely diversified, long-term investors with holdings in the oil and gas industry, we share a vested interest in the industry’s long-term success,” says the statement, which was coordinated by US pension giant CalSTRS along with the Interfaith Center on Corporate Responsibility, NEI Investments, Ceres and Trillium Asset Management.

They argue that curbing methane emissions from all sources in the oil and natural gas sector would “help limit climate change, promote economic growth and provide regulatory clarity for industry and investors.”

The U.S. and Canadian announcement, made on March 10, 2016, commits both nations to reduce oil and gas methane pollution by 40 to 45 percent over the next decade, and to put forth standards to achieve this goal.

“In keeping with our fiduciary duty, CalSTRS is supportive of the expected EPA [Environmental Protection Agency] regulation reforms for oil and gas operators as they provide an opportunity to mitigate risk, build trust and create long-term shareholder value,” said CalSTRS’ Chief Executive Officer Jack Ehnes.Methane, the primary component of natural gas, is 86 times more potent as a greenhouse gas than carbon dioxide over a 20-year period. The oil and gas sector is the largest industrial source of methane emissions in the US, and methane emissions occur throughout the entire oil and gas system.

EPA data released earlier this month showed that actual methane emissions from the oil and gas industry are 34% higher than previous official estimates.

There was a “real risk” that natural gas will be seen as part of the problem, rather than as a bridge to a low-carbon future, said Andrew Logan, Director of the Oil & Gas Program at Ceres.

“As a European based asset manager, we would like the EU to set a proactive goal to reduce emissions of oil and gas methane, a climate super-pollutant,” said Sylvia van Waveren, Senior Engagement Specialist at RobecoSAM. “We also encourage the EU to implement similar policies and standards across Europe to help achieve greater global reductions of this potent GHG.”