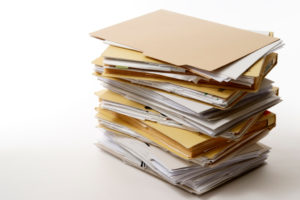 Investors and companies are making moves to integrate the EU’s green taxonomy into their strategies, with the publication of what is believed to be the second corporate report to include taxonomy disclosure, and a 50-strong group of global investors undertaking case studies on its implementation.

French engineering and energy firm SPIE this week published a 25-page press release outlining its 2019 annual results, in which it discloses how much of its turnover is aligned with the taxonomy – the classification system being developed by the EU to identify business activities that support the transition to a low-carbon economy.

The different ways that the taxonomy can be used in corporate reporting could mean investors are faced with incomparable information.

Approximately 35% of its turnover in 2019 was green “according to the European taxonomy of sustainable activities”, said SPIE in the statement, pointing out that the information has been reviewed by PwC.

Spanish infrastructure and renewables giant Acciona published details of its annual report at the end of February, stating that, at the end of 2019, “93% of the company’s investments and 83% of its gross operating profit (EBITDA) qualified as ’low carbon’ activities, according to the EU’s new taxonomy of business activities”. It first referenced the taxonomy in a dedicated report in November.

Acciona’s Global Sustainability Director, José Luis Blasco, is on the Technical Expert Group for Sustainable Finance (TEG), which advises the European Commission on the development of the green taxonomy.

The reports from the two firms have illustrated the different ways in which the taxonomy can be used in corporate reporting, highlighting potential risks around interpretation and divergence, which could ultimately mean investors are faced with incomparable information.

Nicolas Redon, a Senior Analyst in Green Finance for French ESG house Novethic, pointed out that, for starters, the two reports use different formats: “Acciona published a dedicated ‘case study’ report in November, while SPIE chose to cover the topic of taxonomy-alignment in a page-and-a-half of a press release that the company published in connection with its financial results,” he told RI.

He observed that Acciona’s approach was to “stay as close as possible to the nomenclature of the draft taxonomy”, replicating its use of macro-sectors and sub-sectors. “Acciona had to totally deconstruct and reconstruct its usual financial accounts reporting, but the result provides a clear overview which is substantiated by further information (in percentage and value) on EBITDA and CAPEX,” Redon said.

“SPIE’s approach, on the other hand, was to describe the pool of services that it provides, and which can be seen as taxonomy-aligned, while accompanying the list with an overall estimation in terms of revenue share.”

The greatest similarity between the two reports is their “learning by doing” approach, concluded Redon.

The green taxonomy is not fully developed yet (the final advisory report from the TEG was only released this week) and legal obligations to disclose against the framework will not come into force until next year. However, there are several institutions that have adopted the classification system in different ways already.

The European Investment Bank (EIB) has updated the legal documentation for its Climate Awareness Bond programme so that all future green bond issuance by the development bank will be aligned with the taxonomy. BNP Paribas Asset Management last year committed to reporting on its green investments in line with the taxonomy. BNP Paribas and the EIB are both represented on the TEG.

UK natural gas company Cadent recently issued what is thought to be the first ever private-sector green bond to be aligned with the taxonomy. The firm’s debut transition bond was assessed by DNV GL, which concluded “that the selection criteria are aligned with the relevant thresholds described in the EU Sustainable Finance Taxonomy”.

Finnish pulp & paper company Stora Enso, also name-checked the green taxonomy in its 2019 annual report, saying “there is uncertainty as to how Stora Enso’s share will be classified as an investment object in light of this emerging regulation, but good management of financial climate and other sustainability-related risks and opportunities, as well as good disclosure thereof, will improve the likelihood of a favourable perception by the capital markets and thus the cost of capital”.

Meanwhile, the Principles for Responsible Investment (PRI) has convened a group of 50 asset owners and asset managers from across the EU, UK, US and Japan to develop ideas on how the taxonomy can be integrated into their work. The names of the investors have not yet been disclosed.

“Over the past few weeks, the group has heard from a series of experts, other investors, data providers and members of the EU’s Technical Expert Group on Sustainable Finance on implementation of the EU Taxonomy,” Will Martindale, the PRI’s Director of Policy and Research, told RI.

“Members of the group will prepare case-studies on the implementation of the taxonomy to a portfolio, or part of a portfolio, in their organisations,” he continued, adding that the case studies will cover “a range of asset classes, geographies and investment approaches, as well as governance, and the availability of taxonomy-aligned corporate disclosures”.

Some of the results will be shared with the PRI’s members, as well as policymakers with an interest in the topic, later in the year, Martindale said.

So, how will companies respond to the EU rules: will they comply or explain, and why and how? What will investors expect companies to do?

This webinar asks the questions, and makes sure you get to ask yours!