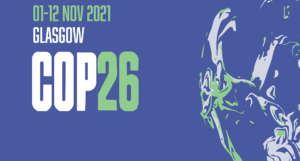 Investor bodies have voiced support for the decision to postpone COP26 in light of COVID-19, but have warned that climate change must be at the forefront of shaping the economic recovery from the current crisis.

Yesterday, the UN Framework Convention on Climate Change (UNFCCC) confirmed that COP26 had been postponed owing to the global ‘lockdown’ in response to coronavirus.

It was expected that this year’s international climate summit, due to be held in Scotland in November, would involve the finance sector more than in previous years. Mark Carney, outgoing Governor of the Bank of England and UN Climate Envoy, was already engaging with institutional investors, holding an event on the so-called “private finance strategy” with high-level figures in February.

A new date for COP26 is yet to be announced, but it is expected to be pushed back to the middle of next year.

Fiona Reynolds, CEO of the Principles for Responsible Investment, said it was supportive of the postponement, but added: “climate change remains the biggest long-term threat we are facing and must be foremost in shaping the economic recovery from the crisis. At PRI we will work closely with the investment community and the COP26 team to ensure the success of the conference in delivering the ambition required to tackle climate change”.

Adam Matthews, Director of Ethics and Engagement for the Church of England Pensions Board and co-chair of the Transition Pathway Initiative, shared a similar sentiment, saying on LinkedIn: “This is an inevitable decision and the right one. In a post #COVID19 world in 2021 there will be an opportunity for the international community to come together to address once and for all this other great systemic challenge of climate change.

“Investors need to work to reshape the global recovery as one that lays the foundation for something much more ambitious to be achieved at the COP in 2021. A key difference will be that by the time we turn to the recovery, governments will have been much larger actors than they previously were in many of the key carbon-intensive sectors. The price they require, having supported these sectors, must be a low carbon transition at pace.”

He called for umbrella groups such as Climate Action 100+, PRI, Institutional Investors Group on Climate Change (IIGCC) and Ceres to come together on the agenda.

Stephanie Pfeifer, CEO of the IIGCC, said investors supported the decision and that it improved the likelihood of a strong outcome from the climate negotiations. COP26 is a particularly important summit because it is the fifth since the Paris Agreement was formed, and governments are required to increase their commitments again this time.

However, some parts of the business community have reacted negatively to the news.

Chris Southworth, Secretary General of the International Chamber of Commerce (ICC) UK, said: “The government is using the COVID-19 situation to mask the fact that it had not done enough, soon enough, to make COP26 a success within the original timeframes. COP is a key opportunity for the UK to take a leading role in the fight against climate change and to repair its international reputation after Brexit – and one that should not be squandered.

“The government needs to use this postponement to urgently rectify the glaring shortfalls in leadership on the climate agenda by sorting the issues around the COP Presidency. The COP President should be a proven political heavyweight who has the time and diplomatic experience to deliver on the agenda – political party allegiance is irrelevant, it should be the best person for the job, and ideally with no other role alongside it.”

The UK was already facing criticism for its handling of COP26, even before the global pandemic escalated. The summit’s original President Claire Perry O’Neil was axed early this year in acrimonious circumstances. There were doubts over whether it would continue to be hosted in Glasgow, or whether the government would attempt to move it to London. O’Neil’s replacement, Alox Sharma, the former International Development Secretary for the UK, was challenged on his lack of global profile and poor Parliamentary voting record on issues related to the environment and climate change.

The news comes as Japan is under fire for its newly-submitted Nationally Determined Contribution. Climate Action Tracker has rated the revised NDC, in which it lays out its new climate targets, as highly insufficient.

According to the UN, the world is “way off-track” to deliver the aims of the Paris agreement. COP26 was viewed as a vital chance to accelerate action.