At our AGM this year, alstria proposed the idea of a one cent ‘green dividend’, which could be invested in environmentally beneficial projects that don’t meet our return expectations but would be supportive of global climate objectives. More than 85% of the votes cast were in favour of the proposal.

In total, the dividend would amount to €1.78m. We recognise this is a drop in the ocean, but beyond the proposal itself we were interested in the discussion and debate that it would start. While most of those discussions took place behind closed doors, proxy advisors weighed in with their recommendation to our shareholders, and we want to address one set of proxy advice in particular, as it covers most of the discussion points that we had with shareholders when engaging on the topic.

Glass Lewis said the following about our proposal, when it recommended a vote against it:

“… We recognize the Company's novel approach to investments in environmentally friendly projects. However, we are concerned that the Company is proposing to place the burden of these investments on shareholders by using their dividends to invest in non-financially viable projects.”

We were aware that if investors accepted our proposal, they would diminish the returns they would generate through their investments in alstria – this is specifically why we asked for their views. We do not believe that we have a mandate to invest the company’s assets into projects that do not offer the proper risk return profile. As such, the proper governance is to revert to shareholders and ask them whether they would support investments into projects that would, in our view, help accelerate the climate transition, at the expense of the company's financial performance.

“Given that the Company has determined that these projects do not meet its criteria for investment, we question why it would meet that of investors?”

Since the global financial crisis, no one would reasonably argue that banks should engage in practices that increase their returns if those practices would also put the entire financial system at risk. There seems to be an acceptance that one should forgo these additional returns considering the increased systemic risk. The question we are asking, then, is whether – in complement to this idea – one should accept reduced returns in order to reduce systemic risk.

Let’s assume for argument’s sake that one of our shareholders owns a home on the seafront. While additional climate mitigation actions may not be needed from alstria’s perspective, that particular shareholder might conclude that he will benefit from Alstria taking such action, and might factor the risk of flooding at his seafront home into his analysis. In other words, what is not in Alstria’s interest would be, in that instance, in that specific shareholder interest.

Now let’s assume that this shareholder has invested his pension retirement savings in a diversified portfolio of stocks. In doing so he has eliminated the risk of each individual security he is invested in. But he remains exposed to overall systemic risk, including climate change. He might conclude that while the investment we suggest does not improve the risk/return profile of alstria, it does improve the risk/return profile of his portfolio. Therefore, he might see a benefit in alstria pursuing the investment, even though we do not see one at the company level.

“… Although we absolutely believe that companies should be investing in long-term solutions to mitigate their climate impacts, we believe that they should do [so] in a manner that protects and enhances long-term shareholder value.”

There is nothing you can really argue with in this sentence: of course we should be investing in long-term solutions that mitigate climate impact and protect and enhance long-term shareholder value, The same way we invest in any opportunity that protects and enhances long-term shareholder value – retrofitting our properties, client satisfaction, staff retention, quality management, product development, IT infrastructure, R&D and so on.

However, if it was enough for all companies to invest into “long-term solutions that mitigate climate impact while enhancing long term shareholder value” in order to achieve the climate goals, we would not have a problem to start with. I am not aware of any company that would pass on the opportunity to both generate risk adjusted returns and look good. We could all sit down, relax and watch the problem disappear.

But in European real estate alone there is, according to McKinsey, a need for €8tn of investment to achieve the Paris Accord targets. It estimates that 85% of this does not have an investment case (i.e will not yield financial returns).

“This proposal, on the other hand, diminishes shareholder returns for projects that the Company has determined are not beneficial for the organisation itself (though we do recognise that such contributions would result in a positive environmental impact). Accordingly, it appears that the Company is asking shareholders to contribute to what is essentially a charitable endeavour, as opposed to one that results in any tangible benefit for shareholders”

Accordingly, we are concerned that shareholders' support for this resolution could be a violation of their fiduciary duties to their beneficiaries. We believe that, if shareholders desired to invest in charitable or non-profit endeavours, they could do so of their own accord.

With the exception of retail investors, everyone in the financial world – including company management – is the fiduciary of someone else. As such, the argument about fiduciary duty is central to the conversation. The argument is that the fiduciary duty of shareholders is to maximise tangible benefits for their beneficiaries. Given that we have seen above that the only valid tangible benefit is a financial benefit, one would be breaching his/her fiduciary duties by pursuing any route that would reduce financial benefit.

We would argue that fiduciary duty includes optimising risk/return profiles. The green dividend will finance projects that reduce company returns without changing its overall risk profile. But they could arguably also reduce the risk profile of our shareholders if, for example, they were a global real estate investor with a substantial part of their portfolio exposed to extreme weather events.

We concluded that, under our current governance framework, we would be breaching our own fiduciary duty if we were to act outside of the financial norm; so we asked our shareholders to vote on this proposal. We have no means of knowing if they would come to a different conclusion than we did when looking at the benefits of the investments we are proposing. But we have strong reasons to believe – looking at the overall conversation about climate – that they might.

“Further, given the overwhelming support by investors to pay out the green dividend rather than investing it into the green projects, we do not believe that, on the whole, the Company's shareholder base has the desire to donate their returns to these projects. We believe that the Company should continue to evaluate all aspects of its investments and see no issue with the Company making long-term investments in carbon-reducing or climate change-mitigating projects that it ultimately believes will benefit the Company. However, we do not believe that shareholders should be asked or should support the Company using their promised funds to support non-financially viable projects.”

Putting aside that the proposal was approved this year, they are referring here to the results of last year’s vote, where 95% of our shareholders favoured the payment of dividend rather than the implantation of the projects. What was interesting in last year’s voting results is that more than 50% of our retail shareholders supported the green projects. Although this is just anecdotal evidence, it suggests there could be merits in asking the ultimate owner of the capital, because they seem to see a benefit in addressing such systemic risk.

Finally, they do not believe “shareholders should be asked” about sacrificing returns. When it comes to climate change, we believe not only that the question should be asked, but this is the only question that matters. We understand the answer is difficult to come by, and the process might trigger conversations that one would rather avoid. We had those same conversations within alstria before we decided to pursue the idea. It is easier to assume that someone else, somewhere else, will make the call and that this will solve the problem. This is unfortunately not how it works. We have a responsibility as management to alert our shareholders on the fact that achieving the Paris Accord target will come at a cost, and, in the absence of political action (a proper carbon tax, for example) we have collectively the responsibility to agree on who, if anyone will and to what extend this cost will be borne.

The Green Dividend should signal to shareholders that we have identified investment opportunities to help reduce systemic climate risk to our industry. Every shareholder can then decide whether or not this fits within their strategy, and the vote will inform us about what – if anything – is expected from us beyond maximising the company's returns. 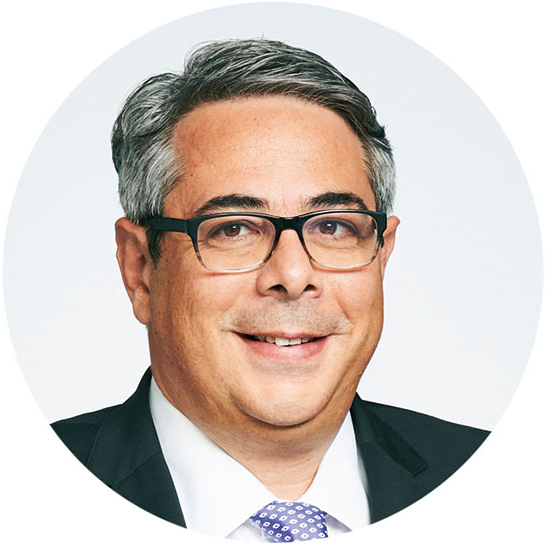