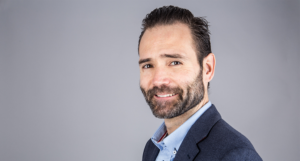 In February this year ESG corporate reporting crossed the Rubicon. It all started in Brussels. At that time EU Commissioner, Valdis Dombrovskis, hinted the EU was entertaining the idea of setting “European non-financial reporting standards.”

Dombrovskis argued that the EU was well placed to show leadership in building consensus for such a set of mandatory ‘made in Europe’ standards.

At the same time the SEC was announcing that the modernisation of disclosure rules (Regulation S-K) would not cover climate change risk. This was quite telling, but consistent with the tone at the top of the Trump administration.

Dombrovskis said the “many overlapping international reporting standards and set-ups confuse companies and investors” – a veiled reference to the alphabet soup of voluntary sustainability reporting.

The political will and momentum stemmed from the Green Deal, which a couple of months earlier set the review of the Non-financial Reporting Directive (NFRD) as a priority. That was based on the findings of the Action Plan that conceived ESG disclosures, for both corporates and investors, as building blocks of sustainable finance.

When passed in 2014 the NFRD was a pioneering piece of legislation that preceded all the ESG investment hype that sprung out of the Paris Agreement. It arguably came too early, at a time when the dominant mantra was that regulation kills innovation and that markets know better than technocrats.

As such the NFRD introduced what can be called ESG reporting obligations but with a compromise: reporting entities could freely choose how to comply with those disclosures.

It turned out that markets were not that wise. The NFRD experiment failed as concerns about the quality and comparability of sustainability reporting persist (see the studies of the Alliance for Corporate Transparency).

Now, though, the consensus is changing. Everybody agrees, enthusiastically or reluctantly, that the time has come to set a sustainability equivalent of the International Financial Reporting Standards, or IFRS. In the words of EU Commissioner Mairead McGuiness: “Our ultimate aim is to put financial and so-called non-financial information on the same footing.”

In the absence of volunteers, the European Commission (EC) seems to have tasked an expert group within the European Financial Reporting Advisory Group (EFRAG) with the job. It is worth noting, however, that this is just the early stages of “preparatory work”.

In January 2021 EFRAG’s expert group will have finished the assignment and then the EC will have to decide if it goes ahead with the project as part of the NFRD review. In any event, those potential standards will be built upon the existing alphabet soup options.

One for all, all for one

Meanwhile the main representatives of the alphabet soup, the Group of Five, got the memo. It might not be a coincidence that only recently they have joined forces in a Darwinian attempt to pass on their DNA to the next generation of mandatory standards.

Some have even gone further than just aligning their projects. The Sustainability Accounting Standards Board (SASB) and the International Integrated Reporting Council (IIRC) plan to merge in mid-2021 to create the Value Reporting Foundation. Expect more organisations to merge into the new Foundation, the next being the Climate Disclosure Standards Board (CDSB).

And of course, the Big Four accountancy firms have (literally) chipped in with their two cents.

The most avid readers of RI might be wondering whether the IFRS Foundation were burying its head in the sand all this time. As the governing body of the International Accounting Standards Board (IASB), it has always been seen as an organisation with the clout to take on the challenge.

Investors and other stakeholders have for long called on the IFRS Foundation to take ownership of sustainability reporting too.

It was only in the summer of 2019 when the IASB gave its first hint that the thinking was evolving. Its head, Hans Hoogervorst, suggested that a merger of sustainability bodies could be the next step to explore the future of corporate reporting: a prediction that is starting to come true.

Some weeks later RI reported that the IASB had started to acknowledge the call for another board under the umbrella of the IFRS Foundation that could set sustainability reporting standards alongside the IFRS.

By November 2019, Hoogervorst confirmed that he would bring the idea to the “special attention” of the trustees of the IFRS Foundation.

Fast forward to this year and the IFRS Foundation finally threw its hat in the ESG ring with a consultation (open until 31 December) about what role it should play in sustainability reporting. Its preferred option is to create a Sustainability Standards Board that, for now, would focus on climate risk and other material information relevant to investors and other market participants.

This approach to materiality has been challenged by a group of accounting academics led by Durham University Professor Carol Adams, who advocate that there should be room in sustainability reporting to integrate the UN SDGs. To that end they favour the Global Reporting Initiative (GRI) and its Global Sustainability Standards Board (GSSB).

“Our view is that, rather than starting from scratch, efforts should focus on making the GRI’s GSSB Standards mandatory so that investors have information on sustainable development impacts.”

Apparently, those standards don’t exist yet. So, if EFRAG became a standard-setting body, that could be its new task. (See own governance consultation closing on 6 January 2021).

Double materiality will be a headache for the IFRS Foundation too. Investors and regulators are divided. Some prefer to start the project on the basis of materiality for investors and focused on climate risk. Others, like the European Securities and Market Authority want double materiality and the full scope of ESG issues, including SDGs, from the outset.

In the short to medium term we might see two speeds and two camps in ESG reporting. A European camp, who can’t wait for the IFRS Foundation to set global standards, and approves the inclusion of more stakeholder-centric models of reporting (i.e. in line with the GRI). An Anglo-Saxon camp, which waits and sees, and for now favours building ESG reporting upon investors' needs (i.e. in line with SASB) and particularly around climate risk. Both camps might keep converging if not really merging.