Responsible Investor
Home News & Analysis A review of investor action on DE&I and a look ahead to...
Return to search
Social 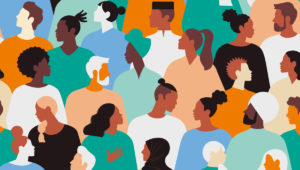 The ongoing push for gender representation at senior level was among the most apparent trends in 2022.

The European Parliament and Financial Conduct Authority, for instance, put in place a 40 percent women on boards law, with the UK regulator also requiring a minimum of one woman to be in a decision-making role and for one member to be from a non-white ethnic minority background.

While the introduction of DE&I legislation showed progress, we are still far from seeing a significant shift on equal representation filtering through companies.

Nicole Wiley, chief operating officer and chief development officer at non-profit 100 Women in Finance and former COO at Morgan Stanley, thinks that 2023 will see investors pushing for more action on DE&I to ensure companies are delivering on regulatory requirements.

“An overarching theme that will drive institutional investors in 2023 is less DE&I ‘lip service’. They will be looking for data and measurable impact across the board, and I think the larger the institutional client, the more important that’s going to be,” she told Responsible Investor.

Despite the launch of several gender equity targets and an ongoing conversation about women representation, industry is yet to see a cultural shift in how companies are tackling this issue.

Therese Kieve, stewardship analyst at Sarasin & Partners and head of the race equity workstream for the 30% Club’s UK Investor Group, said that, despite gender receiving the most attention, there is still room for progress at the decision-making level.

“For the first time, the FCA has put out strong rules for DE&I, which is a breakthrough for gender at executive level,” she said, but added that “despite gender being the DE&I metric which has seen the most progress, we’re still not seeing very fast progress with respect to executives”.

Europe’s Sustainable Investment Forums echoed this in their response to the European Parliament’s women on boards directive, saying that company management needs to be “interrogated” and that firms need to go further and drive diversity throughout the business if the sector is to see a real change.

In some jurisdictions, experts have also noticed progress on gender equity lapsing. Fiona MacDonald, head of diversity and inclusion at Australian bank ANZ, told RI that “despite the business case for gender equity growing ever more compelling, in Australia, progress to close the gender pay gap has stalled and progress on women in senior leadership roles in corporate Australia is going backwards”.

She added that this “seems consistent with the US where women also continue to be significantly underrepresented in senior leadership”.

While there is still work to be done on gender diversity, other forms of DE&I, such as race, are still only beginning to be addressed by certain jurisdictions.

2023 is likely to see a bigger push for race-based DE&I initiatives, as well as more representation quotas.

“Investors are pushing to try and close the gap between gender and race. They’re starting to step up and have difficult conversations,” Kieve said.

She added that the 30% Club is looking to discuss this with its network so that investors feel confident when speaking to companies on these issues.

“We’re starting to engage with FTSE companies to incorporate ethnicity pay gap reporting – there are only a handful who currently disclose it voluntarily. We need to get to the point where it becomes mandatory, or else it’s not going to get enough traction,” she said.

Though shareholder pressure on this has increased, with more racial equity shareholder resolutions, civil rights audits on portfolios and requests for disclosure in 2022, without legislation on pay gap reporting, companies will have to take onus of collecting data.

Kieve explained: “At the regulatory and government level, we’re not seeing enough focus on ethnicity pay gap reporting. We would like to see it receive the same level of attention as gender pay gap reporting.”

She acknowledged, however, that “it can be more challenging to gather data on ethnicity than it is for gender”.

Data has long been a source of frustration in DE&I, with different jurisdictions having varying reporting and data confidentiality laws.

ANZ’s MacDonald outlined how data will be the next key step to addressing the gap between race and gender in the finance sector.

“The business case for racial diversity is equally, if not more, compelling as gender. While there are discussions in various jurisdictions calling for mandatory ethnicity pay gap reporting, including the UK, Australia, and New Zealand, the challenge is data. In some jurisdictions, like the US and the UK, capturing ethnicity data is well-established, but in others it is prohibited,” she explained.

Despite this challenge, 100 Women in Finance’s Wiley believes firms should still be taking on the responsibility to track this data as best as they can if we want to shift industry mindset.

“Just because firms are unable to report on certain aspects of DE&I, as an employer, it doesn’t make your obligation to these groups disappear. Companies need to examine their hiring processes and look to create opportunities for progression within firms” she said.

Wiley added that it is imperative that companies know their employee base, track DE&I as appropriate for their jurisdiction, and identify key trends within this, since investors will increasingly hold them to task on their DE&I data.

While the board and senior roles in companies have received a lot of attention this year, a lack of DE&I efforts in middle management and junior levels is also becoming increasingly apparent.

Investors will look to push for companies to take a holistic approach to diverse representation throughout their businesses in 2023.

“I think there will be a shift in focus from diversity in the boardroom, to pushing for meaningful progress on gender and ethnic diversity and inclusion in the wider workforce,” said Katie Frame, active ownership manager at Schroders.

Wiley explained how, while diversity at the board and senior level is important, it doesn’t solve the problem in the long-term or create a sustainable system.

“Having senior people from diverse backgrounds creates visibility and attracts more diverse talent in a company’s pipeline. But, for almost 20 years, I’ve been trying to solve the issue of those in the middle to ensure that they’re getting the right career opportunities with respect to DE&I.”

The FCA found that, on both gender and ethnicity, firms are mostly focusing on improving representation at senior leadership level, despite data showing that the biggest drop-off in representation is from the junior to middle management level.

“Investors have realised that companies often have the top of the firm sorted, but are now asking what the rest of the organisation looks like. Many are investing for the long-term, so they want to see who will be leading firms in the next 10 or 20 years,” said Wiley.

Investors are increasingly paying attention to this, with Wiley noting that they are addressing the entire business to ensure that companies are pushing for a cultural shift across the industry, rather than just ticking boxes and complying with new rules.

“We’ve seen questionnaires becoming increasingly robust and drilling down into what companies look like at all levels to identify trends across DE&I.”

Overlooking the “I” in DE&I

Investors and regulators have found that inclusion in DE&I is still being ignored by companies, despite it being a useful measure of how diverse talent is supported within a firm.

The great resignation triggered by the pandemic and war on talent showed that companies have problems retaining diverse talent, proving the material financial impact of having bad inclusion policies.

Research from the FCA found that few companies “seemed to have understood diversity and inclusion as a fundamental cultural issue”, and identified a lack of effort for building inclusive cultures within organisations.

This year, the Investor Leadership Network (ILN), a G7 initiative, placed particular emphasis on inclusion in an effort to move the conversation away from quotas.

“In February, ILN’s DE&I committee laid out key inclusion metrics to expand beyond checking boxes for diverse talent, and instead measure how included the diverse talent feels in decision making, and how supported they are,” said Amy Hepburn, ILN’s CEO.

“Companies have started to see a more immediate business case for inclusion. If you have poor inclusion, it’s evident in employee turnover. At our CEO council meeting, one of the three items was the war on talent, proving how this is a high priority for firms,” said Hepburn.

DE&I has seen significant progress in terms of targets and standardisation. However, 2023 could be the year we see investors pressing companies to move away from simple compliance with regulatory requirements towards a more holistic approach to DE&I throughout their businesses.