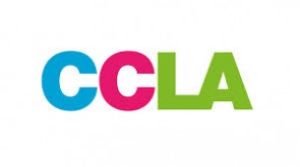 Virtually all shareholders in Royal Dutch Shell and Statoil that voted at the oil firms’ annual general meetings (AGMs) yesterday (May 19) approved so-called ‘Aiming for A’ resolutions calling on the firms to improve disclosure on their climate strategies. According to the companies, 98.9% of shareholders voted in favour of the proposal at Shell’s AGM in the Hague and 99.9% did so at Statoil’s AGM in Stavanger, Norway. The boards of both companies recommended approval of the resolutions.
The proposal at Shell was filed by CCLA, the London-based charity investment firm, and the Local Authority Pension Fund Forum (LAPFF), the engagement body for local UK pension schemes. It is part of the two investors’ larger campaign to get big oil firms to improve their climate strategy disclosure so that they can earn a top score (‘A’) in rankings provided by the Carbon Disclosure Project (CDP). Last month, their Aiming for A proposal was adopted at BP following a 98% shareholder vote in favour. Like at Shell and Statoil, BP’s board recommended approval.
Following the vote at Shell, CCLA and LAPFF said that shareholders, from 2016, would benefit from “additional transparency around operational emissions management; asset portfolio resilience against 2035 scenarios; low carbon energy R&D and investment; executive performance indicators and public policy positions relating to climate change.”The proposal at Statoil was filed by Swedish buffer funds AP2 and AP4, which are allied with the Aiming for A coalition. Like Shell, Statoil has pledged to improve disclosure on such items as carbon emissions, low-carbon energies and its policy toward climate change from 2016.
But, after overwhelmingly approving Aiming for A, Statoil shareholders soundly rejected another climate proposal from the NGOs WWF Norway and Greenpeace Norway. Under it, the Norwegian oil firm would have had to report on how it planned to deal with stranded assets if, through regulation of carbon emissions and a switch to renewables, global temperature rise would be limited to two degrees celsius. “If the assessment reveals that the portfolio (including tar sands as well as Arctic and deep-water drilling projects) leaves the company with inadequate adaptability in a low-carbon scenario, Statoil should readjust the portfolio by pulling out the projects,” the two NGOs wrote in the proposal.
Statoil recommended rejection of the proposal on the grounds that it would have been forced to divulge sensitive information. It was defeated with 99.07% of shareholders voting against.