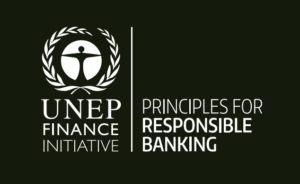 The banking sector has unveiled its most concerted push for sustainability yet as 130 banks – representing $47trn in assets or one third of the global banking sector – signed on to the Principles for Responsible Banking launched today ahead of the UN Climate Action Summit in New York.

The Principles, developed by a core of 30 Founding Banks and the UNEP Finance Initiative (UNEP FI), are billed as “a significant stepping up of current practice in most banks” to support the twin aims of the Paris Agreement and the Sustainable Development Goals (SDGs).

Signatories commit to first identifying the “most significant” positive and negative impacts of their operations, and subsequently working to mitigate their negative impacts and deepen the positive.

But guidance as to which activities would be considered more negative – or more positive – than others did not appear to be available at press time although an implementation guidance document is to be published later this month.

Accountability to the Principles is underpinned by a mandatory self-assessment and reporting framework. The first submission is to be made within 18 months of becoming a signatory and on an annual basis beyond that.

Those who have signed up to the Principles are given four years to fully implement these steps in recognition of their “very different starting points and operating contexts”. Beyond that, “sustained and unexplained failure to address shortcomings” will result in delisting.To support the Principles’ implementation, signatories have access to “structured peer learning, expert-supported working groups, trainings, tools, regular feed- back and expert advice”.

Yet there were notable absentees among the signatories with seven of the world’s 10 largest banks not listed as supporters, including HSBC, Wells Fargo, JPMorgan Chase, Bank of China and Bank of America.

Among the signatories, 31 banks have signed the Collective Commitment to Climate Action (CCCA), “the farthest-reaching commitment to climate alignment by the banking sector to date”. This group, with $13trn in assets, commits to aligning their portfolios to “well below 2 degrees, striving for 1.5 degrees Celsius”.

CCCA signatories will produce “sector-specific, scenario-based targets for portfolio alignment” within three years. In the shorter term, signatories will publish individual action plans to support the carbon transition within the next 12 months.

The CCCA joins another recent initiative, led by investor network the Institutional Investors Group on Climate Change (IIGCC), to set out guidance as to what constitutes alignment with a below 2 degree warming trajectory.

The most prominent sustainability-linked initiative to-date in the banking sector is the Equator Principles (EP), which is currently undergoing review.

Separately, Bankers for Climate (B4C) is a newly launched non-profit initiative which aims to “drive change within the industry” by mobilising employees within the global financial industry to advocate for climate action.