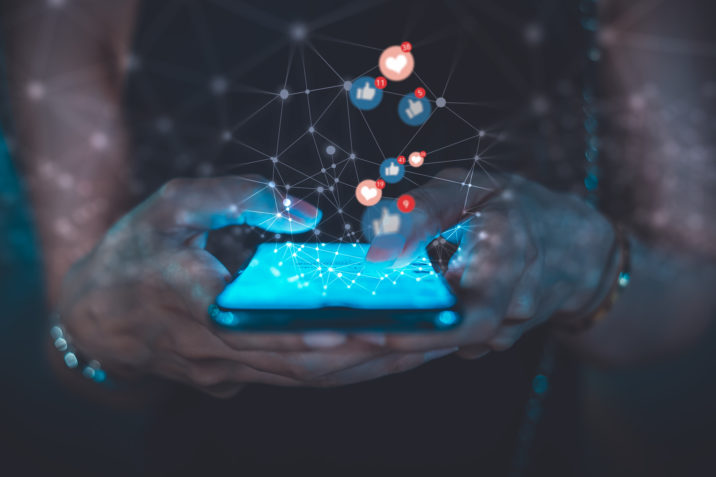 ABN AMRO Bank is building on research connecting with “seafarer influencers” on TikTok to explore conditions in the global transport and logistics sectors, one of its business and human rights advisers explained to Responsible Investor.

Emmelie Claessens initially joined the Dutch bank as an intern while working on her Master’s thesis earlier this year.

“We wanted to do research on social issues for seafarers,” she told RI. “Environmental issues have had a lot of focus, but social not so much. We wanted to get insight from workers and to hear the perspectives of the seafarers.”

During Claessens’ initial research she realised that a lot of seafarers – especially in the Philippines and India – are heavy users of YouTube and TikTok.

“So I searched on these platforms for words like ‘pinoy seafarer’, ‘Filipino seafarer’, ‘seaman,'” she said. “I then reached out to those with lots of followers. They have a bigger platform, and this led to a snowball effects as they sent the questionnaire to other seafarers. I contacted at least 130 people.”

After the surveys, she contacted human rights defenders, NGOs, multilateral organisations and shipping representatives, and even went on board two vessels in the Netherlands to “actually see the ships”.

“ABN Amro was able to create awareness about the issues and I am still in contact with some stakeholders,” Claessens said.

Claessens, who was hired by the Dutch bank following her internship, said next steps are being worked out as they speak to more people in the shipping sector.

However, she sees broader applications for her research, noting that social media could be used for many sectors and themes to collect social data on issues, which is widely seen as more challenging to source than environmental data.

“It’s really useful,” she said. “Social media has so much data and information. Of course, we need to be careful with data, privacy and fake news, but I think it would be good as a resource in future research and projects.”

As more work is done using social media, she noted, institutions will be able to work out regional and sector preferences when it comes to posting about issues. “For example, in the Philippines there was a lot on Facebook, YouTube, and TikTok, but elsewhere it could be Snapchat or Instagram,” she said.

The challenges that financial institutions face in relation to social and human rights data were recently examined in a joint report by the UN’s PRI and Shift, a US-based not for profit organisation working with investors, banks, companies and standard setters to implement the UN Guiding Principles on Business and Human Rights.

The report found that, despite increasing focus by investors on social issues, there are gaps in terms of available information and reliable sources – and where this information is available, it can be difficult to access and process at scale.

At the same time, the authors flagged innovative ways in which investors have been trying to collect relevant data. Among these examples was the work of ABN Amro, referred to in the report as a “Dutch bank”.

On the use of social media, the report said investors are beginning to use platforms to get insight into the perspectives of employees and other stakeholders about a specific company or issue in a local context.

Nikolaj Halkjaer Pedersen, PRI’s senior lead at human rights and social issues, told RI: “Generally, this information is being used to better understand the risk profile of a company, and therefore would complement corporate disclosures or other data points on the company by ESG data providers, civil society organisations or others.”

On other methods, the PRI’s report said that one investor is “experimenting with analysing business model-driven risks to people as part of its screening process”.

This has involved combining a proprietary data set – which classifies more than 14,000 companies based on declared sources of revenue – with a publicly available list of business model features that increase risks to human rights.

As an example, the report points to the fast-fashion business model, “which typically perpetuates purchasing practices that increase labour rights risks within a company’s supply chain”.

Pedersen said the investor in question is a “very large asset owner with a global, multi-sector portfolio”.

Another investor – along with peers – is in discussion with the Business and Human Rights Resource Centre (BHRRC) about an investor-focused Application Programme Interface (API).