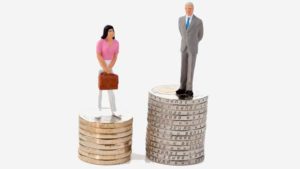 The pool of female chief executives in Australia is too small for a meaningful analysis of gender pay equality, says investor group the Australian Council of Superannuation Investors (ACSI).

ACSI has published an annual survey of CEO pay at companies on the S&P/ASX200 for 16 years to improve transparency around top executive pay in the country.

This year’s report found that average fixed pay for ASX100 CEOs is the same as it was nine years ago, adding that investor pressure has prompted boards to exercise restraint on CEO pay.

ACSI’s Chief Executive Louise Davidson said it was “refreshing to note” that since the introduction of the ‘two strikes’ rule, and an increase in shareholder scrutiny, CEO pay has largely been held in check by Australian boards.

Under a 2011 amendment to Australia’s Corporations Act, the ‘first strike’ occurs when a company’s remuneration report gets a ‘no’ vote of 25% or more at an AGM and a second occurrence kicks off a more detailed engagement on pay.

“We would like to include data about gender pay equality in our analysis. Sadly, however, the pool of female CEOs in the ASX200 in 2016 was too small to enable meaningful analysis of the data.”In the ASX200 there were nine CEOs, it said. Earlier this year ABC reported that Australian companies were more likely to be run by a person called John than by a female. Citing consultant Conrad Liveris it found that of the ASX200 chairs/CEOs there were 32 Johns and Peters– compared to just 19 women.

“To be a captain of Australian business you are 40% more likely to be named Peter or John than to be female,” he was quoted saying. The Australian Bureau of Statistics released similar findings in 2015.

The new ACSI pay study found that 86% of ASX100 chief executives received a bonus in the 2016 financial year and that, where bonuses were paid, the median payout was 69% of maximum.

Only 18 CEOs got less than half of their maximum potential. Davidson said: “Investors reasonably assume that bonuses will only be awarded for exceptional performance, over and above normal expectations.”

But high bonuses raise “serious questions about the way performance hurdles are being designed and applied”.

Melbourne-based ACSI represents 37 domestic and international asset owners and institutional investors; they have a combined A$1.6trn in assets and own around 10% of every ASX200 company. The new report was compiled by governance advisory firm Ownership Matters.