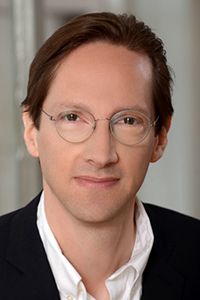 Last year, the Business Roundtable (BRT) published a proposal to “modernize” the process shareholders use to submit shareholder proposals in the United States. If fully implemented, it would eliminate virtually all proposals.
As Chairman of the BRT, Jamie Dimon took up this cause in his letter to shareholders in JPMorgan Chase’s latest Annual Report, as reported here by RI.

Among his reasons for the decline in publicly traded companies, Mr. Dimon cited “self-serving shareholder activity and proposals not intended to benefit the company” and “shareholder meetings that are hijacked by special interest groups and become a total farce.” The BRT proposal provides context for these brief remarks.
These comments from Mr. Dimon do not reflect the largely positive experience I had engaging with the bank, or the important contributions we believe those engagements made to its long-term sustainability and resilience.
In 2003, Domini joined Christian Brothers Investment Services and Trillium Asset Management in submitting a shareholder proposal asking the bank to incorporate environmental considerations into its underwriting, lending and advisory activities, to reduce the risk that the bank’s reputation would be harmed by involvement in unacceptably risky deals. Our larger “agenda” was to ensure that the bank was not financing environmental destruction, a benefit to both the bank and society.
The proposal prompted a long-term dialogue with senior executives at the bank. We withdrew our proposal in 2004 when the bank hired its first Director of Environmental Affairs. It can often be difficult for a company to publicly acknowledge that they did something because an investor asked for it. Not so with Chase. The bank issued a press release, naming the investors and stating that “We recognize the importance of the issues reflected in the shareholder proposal and have steps underway to address them.”
A year later, the bank adopted a comprehensive environmental policy, after further constructive conversations with the investor group. Again, the bank issued a press release, crediting our influence:

“JPMorgan Chase set up its Office of Environmental Affairs in April 2004 in order to evaluate the firm’s own use of resources and to integrate environmental and social awareness into its risk management process. The office carefully considered the viewpoints of various constituents before developing the policy, including customers, business and community leaders, environmental groups such as Rainforest Action Network, and a shareholders group, which includes Christian Brothers Investment Services, Domini Social Investments, F&C Asset Management, Friends of the Earth, and Trillium Asset Management.”The policy included adoption of the Equator Principles and addressed climate change, sustainable forestry, and the needs and concerns of indigenous peoples. It was the first policy “of any financial institution to incorporate environmental risk management into the due diligence process of its private equity divisions.”

Today, that office continues to operate, working to reduce risk to the bank and the environment.

That engagement does not end the story. In 2009, Domini began submitting shareholder proposals asking the bank to disclose its political contributions. Ultimately, among other policy changes, the bank agreed to prohibit the direct use of corporate funds for electoral purposes and to bar its trade associations from spending its funds on elections. We believe these policies help protect the bank from a series of risks.

“The quality of one’s ideas is not correlated with the size of one’s investment.”

Throughout these engagements, which included numerous calls and face to face meetings, the bank’s executives were always highly professional, thoughtful and respectful. We were never accused of hijacking its agenda. Our views were considered, and a number of them were adopted.
Domini does not have the power to command companies to do as we ask. We can only attempt to persuade. The shareholder proposal is a critical tool to help us get the attention of senior management. When companies adopt our suggestions after open, productive conversations, we must assume that they did so because they believed it was in the best interests of the company.

The BRT proposal would raise the threshold to submit a shareholder proposal from $2,000 to 0.15% or more of market capitalization. At the time that we submitted our shareholder proposals to the bank, we held a substantial number of shares. However, it certainly was not the roughly $455 million investment the BRT proposal would require, or anything that the bank would recognize as a meaningful percentage of its outstanding shares. Our investments in other companies where we have submitted proposals have ranged from millions of dollars to less than $10,000. The SEC’s holding requirements are not intended to establish “significant” ownership. The rule is in place to ensure that real shareholders are submitting proposals, with a long-term interest in the company.
The quality of one’s ideas is not correlated with the size of one’s investment. Several of the so-called “gadflies” that the BRT would like to swat away have been responsible for transforming the field of corporate governance, one irritating but highly successful proposal after another.

There is no principled way to raise the ownership threshold without disenfranchising most individual investors and many institutional investors as well.

Is every shareholder proposal reasonable? Of course not. But the process the SEC has established to administer the rule is reasonable, and it works.

The BRT is not only interested in eliminating the ability of small shareholders to submit proposals, they are also targeting social and environmental issues: “Most social, environmental and political proposals, such as those related to corporate political spending, climate change and human rights, have only an attenuated connection to shareholder value and are generally not issues material to a company’s business.”
Just last week, J. P. Morgan Asset Management updated its proxy voting policies — in response to a shareholder proposal — acknowledging that “a company’s environmental policies may have a long-term impact on the company’s financial performance” and “corporate shareholders have a legitimate need for information to enable them to evaluate the potential risks and opportunities that climate change and other environmental matters pose to the company’s operations, sales and capital investments.” Ironically, this policy may lead the bank’s asset management arm to vote for proposals the BRT’s “modernization” would eliminate.
As of 1970, proposals which were “motivated by general political and moral concerns” were explicitly excludable under SEC rules. In Medical Committee for Human Rights v. SEC, the U.S. Court of Appeals for the District of Columbia established the basis for the inclusion of proposals focused on “significant social policy” matters. The BRT references this decision, but does not explain the court’s reasoning, which was based on an investor’s duty to monitor the use of her capital:“In so far as the shareholder has contributed an asset of value to the corporate venture … he has the stringent duty to exercise control over that asset for which he must keep care, guard, guide, and in general be held seriously responsible. As much as one may surrender the immediate disposition of (his) goods, he can never shirk a supervisory and secondary duty (not just a right) to make sure these goods are used justly, morally and beneficially.”

That case concerned a shareholder proposal at Dow Chemical seeking to end the company’s production of napalm for the U.S. government. Dow executives explained they were working to support the war effort in Vietnam. The court noted: “We think that there is a clear and compelling distinction between management’s legitimate need for freedom to apply its expertise in matters of day-to-day business judgment, and management’s patently illegitimate claim of power to treat modern corporations with their vast resources as personal satrapies implementing personal political or moral predilections.” Issues of broad social and environmental import exceed management’s authority.
The Business Roundtable is a group of prominent CEOs. If I had the privilege to run a global corporation, I’d want as much input as I could get. Nobody can successfully manage the myriad risks a multinational faces without a broad range of inputs. And nobody can legitimately hope to address the myriad risks a company causes without engaging a broad range of stakeholders.
The shareholder proposal rule has catalyzed thousands of constructive dialogues, which have transformed corporate behavior. The rule isn’t broken and does not need fixing.