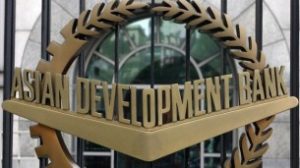 It’s emerged that several prominent responsible investors, including AP2, AP3 and AP4 of Sweden, BlackRock, Calvert Investments, TIAA–CREF and Australia’s Local Government Super, were among the buyers of the Asian Development Bank’s inaugural $500m (€474m) green bond issued last Friday (March 13).
ADB’s green bond has a maturity of ten years and a coupon, or interest rate, of 2.125%. The yield is 12.45 basis points higher than that of US Treasury bonds due in February 2025. The bond’s three bookrunners were Bank of America/Merrill Lynch, Morgan Stanley and SEB. In a statement, ADB said it would use proceeds from the bond to finance “climate change adaptation and mitigation projects” in Asia. Examples include climate-proof water and urban infrastructure, as well as renewables, energy efficiency and expansion of rail and bus services. The bond was not certified independently as green.
Regarding the 44 buyers of its bond, ADB said 61% were asset managers, pension schemes and insurance companies. Another 22% of the buyers were commercial banks and 16% were central banks, the bank said. Some of the other investors known internationally are State Street Global Advisors; Swiss insurer Baloise; the bond’s bookrunners Morgan Stanley and SEB; and Mirova the responsible investment unit of France’s Natixis Asset Management.Speaking for AP2, Ole Petter Langeland, Head of Fixed Income at the SEK294bn (€32.1bn) scheme, said: “Investing in ADB’s Green Bond is a natural way for us to expand our green investments into a region with large environmental challenges and opportunities.”
Stephen Liberatore, Portfolio Manager at TIAA–CREF, the $851bn US asset management giant, said: “The relative value, targeted use of proceeds and strong commitment to ongoing project reporting made ADB’s inaugural green gond issue an attractive investment opportunity.”
According to the ADB, fast-growing Asian cities like Manila, and others in coastal areas are at huge risk due to climate change. It put the cost of the continent’s adaption to the threat at $40bn annually between now and 2050. To help finance the effort, the bank says it has already provided $5.5bn in finance since 2010.
“Asia is one of the world’s most vulnerable regions to climate change but at the same time is an increasing user of energy, water and other resources,” said Pierre Van Peteghem, ADB’s Treasurer, adding that the bank was therefore committed to further channelling “critical finance to help Asia adapt and mitigate climate change.”