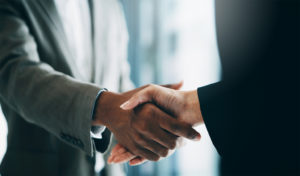 UK-based shareholder voting advisory firm, Manifest Information Services, has gone into administration, with a possible sale in the pipeline.
Administrators from accountancy firm Moore Stephens were appointed last week, according to records, and said they will be exploring all possible options, including a sale of Manifest to maximise its value.
Manifest has over 40 employees and advises clients with over $1trn under management.
Founder and CEO Sarah Wilson declined to comment, due to the ongoing legal process.
Sources close to the situation told RI that the firm is still trading fully ahead of the peak season for voting advice.
One of the two administrators appointed, Jeremy Willmont, told RI: “Whilst they have entered administration, Manifest continue to operate and continue to add to their vast and valuable databases and research for their clients.”
According to Manifest filings, a debenture was satisfied on 9 March in favour of a bank. Another registered debenture, securing £130,000, is outstanding in favour of Wilson herself and Timothy Clarke – the two significant shareholders in Manifest.Industry sources told RI that private letters proposing the sale of Manifest were sent yesterday to potential buyers.
RI approached the UK-based global proxy services provider PIRC and proxy heavyweight Glass Lewis, but both declined to comment on whether they had received such a letter.
Michael Notat, Head of Global Markets at Vigeo Eiris, told RI that “We have not received any approach and we are not looking for any such offer”. A spokeswoman for ISS told RI it had not received “any letter or communication” on the topic, adding: “we do keep an active pipeline of potential acquisitions”.
The news comes as ISS announced the acquisition of Munich-based ESG research and data house oekom yesterday. It is the sixth acquisition by ISS in the responsible investment space in recent years, and reflects a broader trend of consolidation across both the proxy and ESG data landscapes. RI understands that a further acquisition in the space will be announced on Monday.
The limited competition in the proxy advisory market, where ISS and Glass Lewis are dominant players, has been the subject of a long-standing debate, with regulators both in the US and Europe trying to tackle different aspects of the industry.