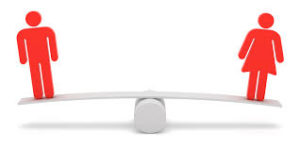 This the third in a three-part series on the hot AGM topics for 2019.

It was only a century ago – December 14, 1918 – that women voted and stood as candidates for the first time in a UK general election, although just those aged over 30. It took another ten years for women to vote on the same terms as men (over the age of 21).
On the same day a century later, just last month, the statues of the Suffragettes Emmeline Pankhurst and Annie Kenney were unveiled in Manchester and Oldham, respectively. That of Pankhurst is reportedly the first Mancunian statute of a woman that is not of Queen Victoria.
Such imbalance of female representation, while improving, still remains in many areas, from politics to asset management. Boardrooms are no exception.
The UK Government-backed Hampton-Alexander review keeps uncovering year after year the laggards among the UK’s largest companies that fail to appoint more female directors to the board.
The tone in which the Review presents its finding tends to be optimistic towards achieving the official target of 33% by 2020.
However, by July 2018 (when the review finished gathering data) 48 boardrooms of the FTSE 100 and 174 of the FTSE 250 still had under 30% of women on boards.
That represents at least 64% of the FTSE 350 index, or 222 companies, which at the moment would miss the target.
There are some interesting explanations given for not appointing women to FTSE boards, for example: “Shareholders just aren’t interested in the make-up of the board, so why should we be?”
Is this true about institutional investors? The majority would of course declare a fervent interest in the matter as a key governance issue.
Collectively, many of them would join initiatives such as the 30% Club. Individually, investors would argue that they engage companies not only on gender but also on all sorts of diversity issues to improve board effectiveness.
However, such engagements tend to remain undisclosed, making it difficult to know whether investors are, to borrow from the Suffragettes’ motto, closer to deeds than words. In the UK, Legal & General Investment Management (LGIM) belongs to a select minority of institutional investors that have implemented a voting policy linked to a 30% board representation target, apt given the 30% Club’s founder Helena Morrissey is now a senior LGIM executive.
A closer look at the asset manager’s disclosed voting records for 2018 shows its ambitious approach.
From January to November 2018, LGIM voted against the re-election of directors at 90 FTSE boards, due to “a lack of progress on gender diversity”. Their rationale: “LGIM expects boards to have at least 30% female representation on the board by 2020.”
The list includes household names such as: Barclays (26%, or four women out of 15 seats), Savills (12%, or one out of 8), Balfour Beatty (12%, or one out of 8), Metro Bank (16%, or two out of 12), National Express (16%, or two out of 12), Wizz Air (20%, or two out of 10), Prudential (12%, or two out of 16) and Sports Direct (16%, or one out of six). LGIM, however, deviated from its own policy when it came to two of the bottom ten companies in need of improvement, according to the Hampton-Alexander Review.
As reported by RI, these are Standard Life Aberdeen (with three female board directors out of 15 seats or 20%, falling from 69th place to 92nd over the past year in the FTSE 100 ranking) and the London Stock Exchange Group (which remains at the bottom with two women on its 12-strong board, or 16%).

This included opposing the chairs of nomination committees where the board has less than 33% women, and all directors of the same committee where there are less than 25%.
According to James Corah, Head of Ethical and Responsible Investment at CCLA, which serves as CIG’s secretariat, this opt-in basis initiative is used in different ways by their members, with the largest ones directly implementing it.
Corah says that CIG records show dissenting votes against 234 nomination committee directors at 145 FTSE 350 companies.
“We believe the difference between our figure and yours (222) is that these members might not hold some of the investment trusts or invest in some companies due to ethical and responsible investment considerations. We also compiled the stats earlier in 2018.”
Corah also explains that other members do not have direct control over their voting, normally due to them investing in pooled funds or having shared custody pools.
“In these cases, voting is normally left to fund managers. A lot of these members use the CIG voting template as a tool to test how proactively their managers are using their votes and compare outcomes annually. We hope this process drives forward other managers’ approach to proxy voting.”
Two of the largest CIG members are the Church Commissioners for England with £8.3bn in assets, and the Church of England Pensions Board with £2.3bn.
Asked about whether the Church Commissioners and the Pension Board have voted following the CIG policy within the potential pool of 222 FTSE 350 boards, a spokesperson said: “We don’t tend to get into the details of how we voted on a company by company basis.”
Regarding the Church Commissioners, the spokesperson referred to their Engagement, Screening and Voting Report for the first half of 2018. The report emphasizes their membership of the UK Investor Group of the 30% Club and support of the Hampton-Alexander review recommendations.
It states: “We hold accountable companies which are not deemed to promote gender diversity at board level. In H1 2018, we voted against director elections at 103 companies due to concerns over the Nomination Committee’s actions to address gender diversity.”
Asked whether those 103 companies are constituents of the FTSE 350 or companies from elsewhere in the world, the spokesperson was unable to provide details.

Low bar across the pond
In Canada and the US, the expectations seem to be more modest with some investors targeting just all-male boards, rather than the under-30% mark pursued by LGIM and CIG.
The C$368bn Canada Pension Plan Investment Board (CPPIB) started in 2017 to vote against nominating committee chairs of companies with no female directors, provided there were no “mitigating circumstances”, as Interim Head of Sustainable Investing Ben Lambert tells RI.
Lambert explains such circumstances could be the unforeseeable resignation of a female director or not being able to recruit a qualified director at a point in time.
CPPIB voted against 45 Canadian companies and a year later half of them had appointed a female director to the board. “Voting can be a very useful tool to formally express our views,” Lambert says.

Lambert adds that this policy has been enhanced and CPPIB will end up voting against the entire nominating committee of Canadian companies too.
Based in the US, Erica Lasdon, Vice-president, Senior ESG Analyst at Calvert Research & Management, says that diversity at board level tends to centre around gender because there is data and clarity.
Lasdon says that Calvert is “no stranger to voting our proxies with diversity in mind” and she has noted a number of institutional investors becoming “more vocal” about the issue recently.
According to an ISS Analytics report called A Preliminary Review of the 2018 US Proxy Season, Russell 3000 companies without a gender diverse board had more dissenting shareholders in the past two years.
As such the median support of nominating committee chairs decreased from 94.2% in 2017 to 91.3% in 2018 for companies with no women on boards versus the median 96.9% for all Russell 3000 companies.
“Voting on a shareholder resolution and on the election of a director or committee chair is a significant statement by investors – one that carries particular impact with companies,” Lasdon says.
Among those “more vocal” institutional investors that Lasdon referred to could be asset management behemoths BlackRock and State Street Global Advisors (SSGA), the latter known for the Fearless Girl initiative.
SSGA’s latest annual stewardship report states it has since then “reached out to 787 companies in the UK, US and Australia with no women on their boards, through direct engagement and a letter-writing campaign to inform them of our expectations concerning board diversity.”
The report also states that from March 2017 to March 2018 SSGA voted against more than 500 all-male boards in the same three jurisdictions which did not respond to its engagement efforts.
SSGA does not disclose the names of the companies it voted against. It only highlights a case study from the 2017 AGM season when it did not support the re-election of Metro Bank’s nomination committee chairman.“In June 2017, Metro Bank appointed their first woman director on the board. We have had similar success on this issue in the US and Australia,” the report stated.
Metro Bank illustrates the different levels of ambition between the UK and North America. What it is described as a “success” (i.e. having a female director on an 11-member board), it still among the “low performing” constituents at the bottom of the FTSE 350.
Raising the bar slightly, BlackRock wrote in January 2018 to nearly 300 companies in the Russell 1000 “to explain our view” that “in addition to other elements of diversity, we would normally expect to see at least two women directors on every board”. This expectation was reflected in BlackRock’s US voting guidelines.

State Street and BlackRock, however, missed the opportunity to go the extra mile and support one of 2018’s most successful shareholder resolutions on gender board diversity, at Toronto-listed Constellation Software.
Unlike some 49% of their peers (including CPPIB, LGIM and Norges Bank Investment Management) which backed the resolution, they chose not do so.
According to a July 2018 report by Sullivan & Cromwell, the international law firm, 24 shareholder proposals on board diversity were submitted, of which the majority were withdrawn and only three reached a vote.
“You can think of the filing of a shareholder resolution and the vote as the more public part of a process that usually starts beforehand. The resolutions that go to a vote are a very small percentage. That is a measure of success that [shows] many companies are receptive to, and interested in, this investor input,” Calvert’s Lasdon observes.
The behind-the-scenes engagement activity Lasdon refers to is no doubt happening at the moment.
Whether or not a shareholder proposal makes it onto the ballot this year, there will be no shortage of companies where institutional investors can show leadership and put their vote where their mouth is.