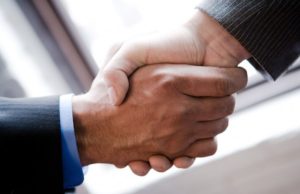 The 2019 annual general meeting (AGM) season is almost upon us and here is the first of three articles looking at the key issues.

Companies’ attempts to stymie climate action – deliberately or otherwise – through influential trade bodies is something that is going up the agenda for investors.
Last year saw landmark resolutions on the issue smashing corporate records in Australia, while trillion-dollar investor coalitions pledged to push companies for better governance and disclosure of their links to trade associations.
That momentum looks set to continue in 2019, with resolutions on the issue likely to feature prominently at this year’s AGMs.
The push comes as asset owners, under pressure to justify their investments in the highest greenhouse gas emitting companies and sectors, work on the premise that companies will work with them in good faith on the transition to a low carbon economy.
Investor coalitions such as Climate Action 100+ (CA100+), the global engagement initiative backed by investors representing $32trn, have been created specifically for this.
But lobbying by corporates, particularly through trade bodies wielding great sway over governments, has continued “unabated” since the Paris Agreement was signed in 2015, according to Dylan Tanner, Executive Director at UK based think-tank InfluenceMap.
Tanner tells RI that the landmark international climate agreement, which was also supported by many investors and businesses, has simply resulted in companies shifting their opposition “away from the spotlight” and through trade groups.
The bad faith implied in such backdoor lobbying – often by companies that publicly profess support for climate action – threatens not only the credibility of investors but also their case for engagement.
Bill Hartnett, Head of Responsible Investment at Australia’s Local Government Super (LGS), sums up the threat:
“If companies don’t adopt a consistent position on climate change – if they are not genuinely committing to ongoing improvement to address climate change impacts across all aspects of their business – then we as investors start to look stupid, like we are just being taken for a ride”.
Hartnett adds: “Companies need to be clear on their lobbying because, ultimately, it comes down to green wash.”
Lobbying’s growing importance was shown by the record 46% support for the climate lobbying resolution at Origin Energy last October, first in Australian corporate history. Both LGS and California public pension giant CalPERS supported the landmark resolution.
This pressure led to the Australian energy giant’s chair Gordon Cairns committing to improve disclosure of trade bodies at the AGM.
The Origin result marked a high-point for an issue that has been slowly getting support from investors over the last couple of years in Australia.
In May, a similar proposal at Anglo-Australian mining firm Rio Tinto was supported by an impressive 20% of shareholders.
Rio Tinto, which opposed the resolution and restricted voting to shareholders in its Australian listed arm, faced additional pressure to act after its rival BHP Billiton agreed to review its trade association memberships after facing the same resolution the year before, which got 10% backing.
In April, that review ultimately led to BHP withdrawing its membership from the World Coal Association due to what it described as “material differences” with the trade body.
The company was also reportedly instrumental in the “forced the resignation” of Brendan Pearson, CEO of the Minerals Council of Australia (MCA).

Pearson went on to become Senior Adviser to Australia’s Minister for Finance and the Public Service.
The European contingent behind the Rio Tinto resolution – Swedish state fund AP7 and the Church of England Pension Board – are now utilising this experience to push European companies for greater oversight of trade bodies.

In October, the duo, along with a coalition of investors representing $2trn in assets, wrote to the chairs of 55 of Europe’s largest companies across seven sectors – including oil giants Shell, BP and Gazprom – calling on them to take responsibility for the impact of their indirect lobbying on governments’ climate policy, or face shareholder action during the next AGM season.
Speaking to RI at the time, AP7’s Charlotta Dawidowski said: “We want to be reassured that the money we are investing is not being used to lobby against the Paris Agreement”.
She added that she would be “surprised” if no resolutions were filed off the back of the initiative in 2019.
Just a month before the launch of the initiative, the closet obstruction of climate action by some trade bodies was highlighted when Greenpeace leaked a memo from BusinessEurope describing how Europe’s premier trade association would seek to “oppose” and “challenge” Europe’s climate strategy.
It is not that lobbying “in and of itself” is wrong, writes Adam Matthews, Director of Ethics & Engagement at The Church of England Pensions Board, in a blog on “contradictory climate lobbying” by corporates.
But it becomes “problematic”, he continues, “where a company appears to be committed to two incompatible positions, such as support for the Paris Climate Agreement on the one hand, whilst on the other financing lobbying associations that undermine regulation designed to implement that very same agreement”.
This new European initiative is being undertaken separately from, but in co-ordination with, CA100+, says Dawidowski.
But Anne Simpson, Director of Board Governance and Strategy at CalPERS and inaugural Chair of the CA100+ Steering Committee, tells RI that lobbying disclosure is also a key focus of CA100+ and is included as part of its engagement on good governance.
She says: “What we are really trying to get at by making lobbying an explicit part of governance oversight is to remove the smoke and mirrors and get clear alignment between what companies are doing internally with what they are saying externally.”
The five-year initiative, which was officially launched December 2017, has been engaging with the 161 greatest corporate greenhouse gas emitters globally over the last year in a bid to drive them towards alignment with Paris.
This year is the first when resolutions off the back of CA100+ are realistic.
CA100+ finished 2018 on a high with the news that Shell had ramped up its climate commitments – including provisions on lobbying disclosure – following engagement by the Church of England Pension Board and Dutch investment manager Robeco, who both act as leads engagers with the Anglo-Dutch oil giant.
In a joint statement with the investors, Shell pledged to publically review the alignment of its trade associations with its own “support for the objectives” of Paris.
Moving to the US, Tim Smith, Director of ESG Shareowner Engagement at Boston-based SRI firm Walden Asset Management, tells RI that 2018 saw an “explosion of interest in climate lobbying”.
Last year, Walden and AFSCME co-led a coalition of over 74 investors – including the $207bn New York State Common Retirement Fund – that filed lobbying resolutions at 50 of the world’s largest listed companies including Chevron, Blackrock and ConocoPhillips calling on them to ramp up their disclosure of trade associations.
Smith says he expects the coalition to file another 50 resolutions this year, with Walden itself filing or co-filing at around 10 companies.
One of those resolutions is again at US oil giant Exxon Mobil, which was named as one of the top three global corporations lobbying against effective climate policy, despite its public support for the Paris Agreement.
AP7 divested Exxon in June 2017 over its lobbying activities and trade association memberships, which it found to be in conflict with the Paris Agreement.
Staying in the US, CalPERS’ Simpson also singled out the automotive sector as one investors are increasingly concerned about, particularly the proposed weakening of fuel efficiency standards announced by the Trump administration last year.

There are concerns that US motor giants supported the watering down of incoming corporate average fuel economy (CAFE) standards laid down under the Obama administration through their memberships to trade associations, such as the Alliance for Automotive Manufacturers.
A resolution on the issue, co-filed by the New York City Office of the Comptroller and AP7, has already been filed with Ford ahead of the company’s 2019 annual meeting.
The resolution, which also cites the automotive giant’s involvement with the US Chamber of Commerce, states: “We are concerned that Ford’s lack of lobbying disclosure presents significant reputational risk when it contradicts the company’s public positions.”
In 2017, Ford, General Motors, Fiat Chrysler and Toyota, spent $49m in the US to “dismantle a decade of policy progress” on such standards, according to report on the sector by InfluenceMap, which was named as a data provider to the CA100+ in September.
One US company that has moved on lobbying following investor engagement is Devon Energy.

A spokesperson for Rhode Island Treasurer Seth Magaziner tells RI that following “a series of good faith and productive conversations” with the US energy firm over the last 18 months, it will not be filing a lobbying resolution for the third consecutive year.This follows steps the company has taken including the publishing of its first lobbying report and its ongoing commitment to “continuing the dialogue” around the disclosure of its lobbying.
Meanwhile, this year will also see a SHARE-led coalition of Canadian institutional investors, representing $22bn in assets under management, ask energy companies listed on the Toronto Stock Exchange to step up their oversight of lobbying associations.
Kevin Thomas, Executive Director at SHARE, the Canadian responsible investment body, says “that it is not enough for investors just to seek GHG reductions from individual companies while corporates and trade association lobbyists undermine and oppose any regulatory framework that might truly steer our economy towards a low-carbon and sustainable path”.
The issue of contradictory climate lobbying is one that threatens not only meaningful climate action by governments but also the credibility of investors. As investors pursue engagement as the most effective means to realise global climate goals, companies will increasingly be pushed to demonstrate that they are genuinely pulling in the same direction as investors.